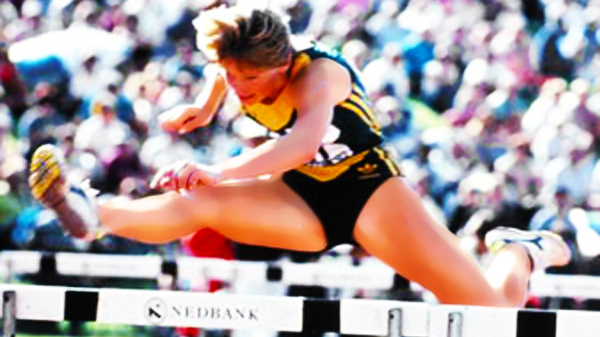 Pretoria – Former hurdles champion Karen Harmse (formerly Wilkinson) has survived after being shot by robbers during a farm attack in Rustenburg. “Everything happened so quickly… I see it happening over and over again in my mind,” Harmse, 46, told Beeld.
Harmse was the South Africa and Africa champion in the 100m hurdles in the 1990s and represented SA at the Olympic Games in Atlanta.She was the second South African sporting legend to become a victim of crime over the weekend after former boxing heavyweight champion Corrie Sanders was shot dead on Saturday evening at a restaurant in Brits.


Harmse’s partner, Nols de Wet, said they had feared a farm attack was coming after the family dogs were poisoned last week.
Harmse was attacked and shot at when she got out of her car at the farmhouse at about 20:00 on Friday night.
“When [one of the robbers] forced me to lie down in the house, I felt my shoulder wouldn’t move.
Only once I felt the bullet hole and saw the blood did I realise I had been shot.”
The gang of about five robbers made the rest of the family lie down while they took cellphones, computers, wallets and cars. Harmse needed stitches to her head and the injured bone, muscles and tendons in her shoulder.
Police are as usual just investigating a case of armed robbery and housebreaking, no one wants to admit that genocide is taking place against white farmers in South Africa.
Fortunately in this case the farmers were spared. Even in the most evil of people there sometimes is a moment when they show compassion. In today’s genocide climate that is a miracle we are thankful for.
SA Genocide Watch Comments Off on Top South African Athlete Shot In Farm Attack Print this News
Rhon's Inspiration Station: On The Road Again (Newer)
(Older) Mac Powell and The Roys to Perform At 18th ICM