A Look At Paul McCartney On His 70th Birthday 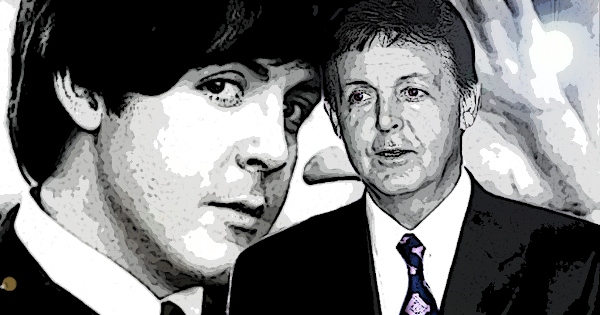 PAUL McCARTNEY AT 70—A LOOK BACK AT YESTERDAY – I KNOW PAUL IS NOT COUNTRY BUT I THOUGHT SEEN THAT WE ALL KNOW HIM SO WELL WE COULD LET HIM HAVE A SPOT ON OUR COUNTRY NEWS FOR HIS BIRTHDAY, I WONDER WHAT CMA REASON WAS FOR FEATURING LIONEL RICHIE ON THE COUNTRY AWARDS, PERHAPS IT WAS HIS BIRTHDAY TOO.

Veteran journalist Ivor Davis, who accompanied The Beatles on their first American tour, in 1964, gives a personal reflection on Paul McCartney down the years as he is about to celebrate his 70th birthday on the 18th of June.

I first met Paul McCartney—or Sir Paul—one summer afternoon in August 1964 at the San Francisco Hilton Hotel. He was a friendly, unassuming fellow, even though 200 screaming teenagers kept up a non-stop barrage of shrieks outside his hotel room. I was to travel with the The Beatles on their first American tour and, the next day at breakfast, Paul smiled and said: “Morning, Ivor.” I was impressed. I had met the three other lads who were part of the new pop group from Liverpool about to embark on a 35-day North American tour. But that trio, to whom I had been introduced the day before, just nodded vaguely in my direction.Throughout the entire tour, which started in San Francisco and ended several weeks later in New York, Paul was consistent. He was the friendliest and most relaxed of the famous quartet. George was the one for whom I had been hired to ghost a weekly column for my London newspaper. But, in those early days, he was downright surly. Ringo had very little to say for himself and John—well, John was John: irascible, quirky and always wickedly funny, but somewhere above the fray. From Day One, Paul displayed an innate PR sense of style that seldom wavered. On The Beatles; private chartered jet between concert stops, he strolled down the aisle glad-handing, like a presidential candidate looking for votes. And taking the trouble to remember everyone’s names. Paul was the smoothest: articulate, witty and very gregarious.. But he had “stardom, here I come” written all over his pretty, cherubic face. And he was far and away the most successful with the girls. He was then dating the actress Jane Asher, who was home in London—but that didn’t stop him from having a secret fling with young Hollywood actress Peggy Lipton, who told me at the time that Paul told her he wanted to marry her. In 1965, I became reacquainted with the then more popular Fab Four when they returned in triumph to America.

Then, in 1973—after The Beatles had officially split up– I met Paul for lunch in his suite at the Beverly Hills Hotel. He’d come to California to promote “Live and Let Die”, which he and wife Linda (after starting their new group Wings) had written for the James Bond movie of the same name. The song was nominated for an Oscar.He was as chirpy and friendly as ever, sat down at the grand piano and thumped out the piece for me.“I wrote it in 10 minutes,” he proudly declared. The song lost to “The Way We Were” but became a big hit.From time to time after that, our paths crossed, such as when he launched his 1984 movie “Give My Regards to Broad Street”, which co-starred Tracey Ullman, his wife Linda, Ringo and his wife Barbara Bach. Paul said he wanted to branch out into the movies, but the film was savaged by critics, although the music from the movie, of course, was a big hit.Which takes me to the last time I saw Paul. Or should I clarify that? I and several billion others around the world saw him on TV as he topped the bill at the Queen’s Diamond Jubilee Concert, in London, this month. Dressed in what looked like a Sgt. Pepper uniform, he sang “All My Loving” and “Let It Be”, and certainly didn’t look his age: about to turn 70 (18 June) Paul circa 2012 is rich. Very rich—worth more than $1 billion. In October 2011, he married New Yorker Nancy Shevell in a low-key wedding. His new wife (his third) is a breast cancer survivor and comes from a well-to-do New York family, as did his first wife, Linda Eastman. He married Linda in 1969 and theirs was a happy marriage. She died of breast cancer in 1998. His second marriage to Heather Mills was a disaster. The couple wed in 2002 and it ended in an acrimonious divorce in 2008.

Watching Paul perform at the Queen’s concert, I thought with all of it he looked pretty good for his age, although obviously he looks much more mature than that round-faced pin-up boy of yore. But don’t we all? We can only speculate on what his legendary song-writing partner John Lennon would have looked like in old age. Alas, George Harrison died, aged 58, in 2001 and by then he had also matured into a versatile all-rounder. And Ringo, who turns 72 in July, is still the kid popping up from time to time in concerts and reminiscing about the Beatles era. The last time I talked to Paul was in September last year when he showed up to talk about “The Love We Make: The Concert for New York City”—a documentary about the fund-raising concert shot a decade ago but finally aired last year to coincide with the 10th anniversary of 9/11.He was as charming and talkative as ever, recalling his first time on American soil back in the early Sixties. “There was The Beatles’ first appearance, on Ed Sullivan in early 1964,” he explained. “And the final concert that year, at Shea Stadium, after our first tour. But, when I think of New York, it’s the people.“I married a New York girl [Eastman] and I’m about to marry another one (47-year-old Shevell). So I think I would think first of all of Linda and her family and our family and our connections with New York, Billy Joel and that concert at Shea Stadium.”While he admits his New York memories are not fresh, he says they are still etched in his mind. “Memory is sort of a funny thing,” he said. “I tell stories many times, but it’s not necessarily the truth any more. We met Elvis Presley [in 1965], which was a big event in my life and in the other Beatles’ lives but, when we came to recount the story, we all had a different version. “I said, ‘Elvis met us at the front door and greeted us.’ Ringo said, ‘No, he met us on the couch.’”

That Ed Sullivan concert in early 1964 gave The Beatles the exposure they needed for their first tour later in the year.”We didn’t actually know who Ed Sullivan was,” Paul admitted. “We’d say, ‘Who’s he?’ ‘He’s very famous in America. Don’t worry.’ The guy who was holding the curtain for me as I was about to go on and sing ‘Yesterday’ solo with a string quartet said, ‘Are you nervous?’ I said, ‘No,’ slightly bluffing. He said, ‘Well, you should be–there’s 73 million people watching.’” Inevitably, the question always goes back to that very first American tour—and the Beatlemania that swept the country.“Yes,” he recalls. “It evoked such hysteria and we couldn’t believe that we couldn’t hear ourselves or hear anything. It was like a billion seagulls screaming and we just looked at each other.” Paul says film footage of that period clearly shows that. “We’re just in hysterics,” he says. “John ends up doing a solo with his elbow. It is a long time ago and we’ve looked at the film. At the time, you think it was very modern, but it’s ancient history. I love it anyway and have very fond memories.”

Today, Paul is considered—along with Lennon– one of the most celebrated writers and musicians of the late 20th century. And his continued pace of work is breathtaking. There have been world tours and performances from Tel Aviv to Kiev, from Liverpool to Carnegie Hall, as well as selling out at the gritty Coachella Desert California rock festival in 2009. In the 1990s, he branched out into composing classical music, including the Liverpool Oratorio, and modern classical pieces that have been played at London’s prestigious Royal Albert Hall.As his 70th birthday approached, one London newspaper carried the headline: “Will Paul McCartney ever be able to escape John Lennon’s shadow?” A look at his phenomenal body of work shows that no response is required. It’s very difficult to live up to a saint—even the secular one that John has become. But I’m sure Paul wouldn’t have it any other way. He’s used those extra years well and, for the most part, conducted himself in exemplary fashion, even with that ghastly divorce. His family has turned out happy and successful and his work will live on. So well done,Sir Paul. Happy birthday!