The Day The Steel Made Scotty Gluck Simply Cry 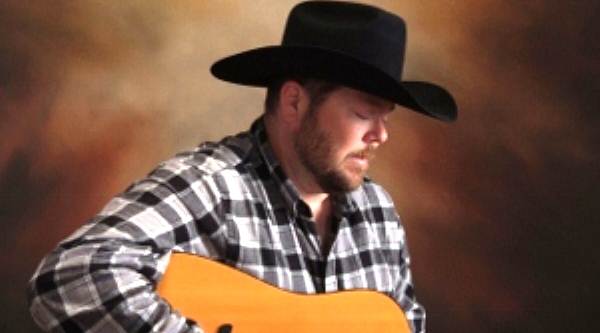 Debbie Dean Promotions will be doing the promotions of both Scotty Gluck from Nashville Tenn, and his new release, “The Steel Made Me Cry”, off his cd called “Simply Country”. Already the song has gotten great reviews from some DJ’s, with an early send out. In a couple days there will be a mass sent out to DJ’s all over the world. If you are missed and would like to add this song to your show, please email me and we will send it to you !! Scotty Gluck was born in Phoenix, Arizona and soon after his parents moved to a small city outside of Phoenix, At the age of 4 his first recording was of him singing “Watching Scotty Grow”. Not the professional recording he has done now, but one to be enjoyed by the whole family for years. He attended school until February 29, 1988 when he was involved in a serious auto accident that almost took his life. He was flown to Maricopa County Medical Center where he was in a coma three weeks. After seven weeks in the hospital, he went to Good Samaritan Rehabilitation Center for four months. He returned to Maricopa High School and graduated on time with his class in May of 1989. Scotty married Rebecca Johnson and they had their first child, Scott Gluck Jr and soon  moved to Nashville to pursue a career in music. Not too soon after arriving in Nashville, did they have another child, his first daughter, Ashley, was born. He continued to work at his music and a “day job” and his second daughter, Bethany, came along.In 1997, he moved back to Phoenix with his family. They purchased a house and settled down until December 21, 1998 when his wife Rebecca died from cancer. Scotty was devastated. This took a big toll on him, but he continued to work and take care of his family. He also stayed with his songwriting, Soon he would fall in love with Shannon and marry in 2005,then they all moved back to Nashville to pursue his career in music. He gave up his “day job” and decided to fully get involved with his songwriting and music. This led him to find a studio, he has used since the early days when he first started to record his songs.

Currently he has finished his first cd, titled “Simply Country”, with songs written by himself, his father and Uncle. Scotty’s influences include country musics greatest. From Bob Wills to George Jones and from George Strait to Brad Paisley. Great bands like The Statler Brother’s, The Oak Ridge Boys and Alabama. Bluegrass legends Bill Monroe, Ricky Skaggs and Alison Krauss. Basically, if it is country, it was an influence. And, there were influences from other musical greats such as REO Speedwagon, Lionel Richie and Elvis. Pretty much, music in general has influenced Scotty Gluck. What is being said about Scotty’s new cd release, If you are the type of person that enjoys the traditional sounds of country music, Scotty Gluck has the sound you want to hear! Very traditional sound, some have said the sound is too traditional for today’s radio, but fans from around the world are commenting, “good voice -definitely want to hear more” and “good song and beautiful playing”.“Keep going Scotty, you,ve got it…” and “Keep up the good work…..”! “Just listened to Dyin Slowly Lovin You…  Luv it!!
Sincerely,
Debbie Dean
DEBBIE DEAN PROMOTIONS
www.DEBBIEDEANPROMOTIONSMUSIC.COM