Is 18 Year Old Rachel Holder Up To The Challenge ? 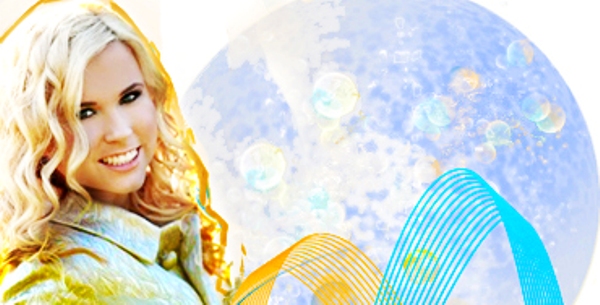 In a town full of attractive Country stars, it takes a lot for a young female singer to stand out and catch the attention of Nashville’s music industry crowd. Eighteen -year-old Rachel Holder is up to the challenge.

“I’ve already learned that it takes more than a few good songs to make it in Nashville,” says Holder. “These days, I don’t think that there’s any one formula for success, necessarily, but I know you have to have faith in yourself, passion for the music and a serious will to succeed. And great songs!” she emphasizes.

Though still in her teens, Rachel’s talent as an artist matured fairly quickly. As a child performer, Rachel split time between attending school in Chattanooga and performing theater shows in Pigeon Forge, one of Tennessee’s most popular tourist destinations. By the time she was old enough to drive, she had added more than 800 Broadway-style shows to her resume, often performing two or three shows a day to packed houses. With the experience she gained on the small stages of Pigeon Forge, the teen singer-songwriter decided it was time to make the jump to the big stages of Music City. With a new single out and a debut album in the works, Rachel is poised to be a star in Country music, and perhaps beyond.

If there’s one thing that Rachel Holder conveys almost immediately in person, it’s her unflappable sense of confidence. She was simply born to be a performer, and it shows. One story in particular illustrates that point, and her demeanor, perfectly.

When she was only 15, Rachel attended an intimate Vince Gill concert in Chattanooga, Tennessee, with her parents. In between songs, the aspiring singer raised her hand and boldly (yet politely) asked to join the superstar on stage to sing a duet. Vince, surprised and somewhat amused, agreed, and only moments later the two were bringing down the house with a version of “Oklahoma Swing.” (Search for it on YouTube and see for yourself). Then there’s the story of Rachel successfully booking herself to sing the national anthem at a Los Angeles Lakers basketball game at only 14-years-old. Rachel Holder is, in a word, fearless.

Of course, Rachel’s debut single, “Chocolate,” proves beyond a shadow of a doubt that this engaging young lady has a thirst for originality and a creative streak a mile wide. “Chocolate” is pure pop-Country brilliance, but it also belies Rachel’s intensity and seriousness as a true artist. Look no further than her a cappella version of the Roy Orbison classic, “Crying,” – sung in Spanish, no less – to understand the depth of her talent (also on YouTube). However, it was Rachel who wisely recognized the light-hearted appeal of a song like “Chocolate” to release as her first single.

“I chose that song because I could really relate to the lyrics, and I think that a lot of other women will, too,” she laughs. “I’m excited about the way the song has come together, and I really think that the video for it is such a unique concept that people will definitely stop and take notice,” she continues.

Working with renowned Nashville industry veterans such as acclaimed producer and publisher Chuck Howard, film and television producers Marvin Baker and Ann Gillis and songwriter Bill Luther, Holder has set herself up for success. Naturally, in Rachel’s mind, failure is not an option.

Still only 18-years-old, this blonde-haired, blue-eyed beauty has come a long way from the stages of Pigeon Forge, Tennessee, but the path she’s on in Music City should take Rachel Holder much, much further.

Uncategorized Comments Off on Is 18 Year Old Rachel Holder Up To The Challenge ? Print this News
Are You Ready For Some Rowdy Country Friends? (Newer)
(Older) All Aboard! Destination…Rhon’s Inspiration Station