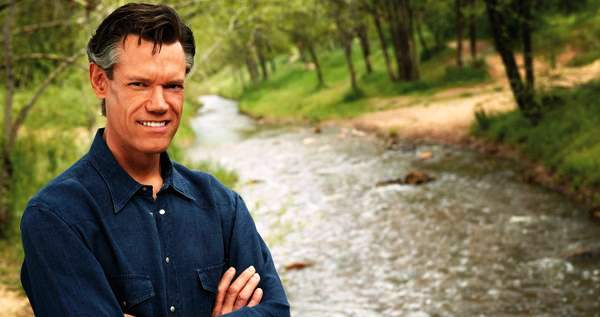 Nashville, Tennessee – (January 18, 2012) — Country Music Superstar Randy Travis is emphasizing the ‘new’ in the New Year unfolding. Under a just announced new management team, the career reins of the multi-platinum awarded Randy Travis, who ranks as one of country music’s top-selling artists of all time, are being guided by Ken Levitan, of Vector Management, and Jeff Davis, of SUM Management. Levitan is the high-profile management force behind some of the top names in the industry, as diverse as Hank Williams, Jr., Lynyrd Skynyrd, The Fray, Trace Adkins, Emmylou Harris, and Kings of Leon, to mention just a few. Levitan is creatively aligning with Davis, whose working association with Travis spans over 24 years, to form a major affiliate for development of Travis’ ongoing successful career interests. Levitan’s and Davis’ new direction for Travis will continue to be supported by CAA, where Marc Dennis acts as responsible agent for scheduling Travis’ bookings and live performances. Randy Travis moves into 2012 with renewed career momentum.

2011 marked the official beginning of Randy’s 25th year in the industry, with the Warner Bros. Records release of his “Anniversary Celebration” CD on June 7 that gives a panoramic view of what a quarter century of iconic success in country music looks like, and sounds like. 1986 ignited the-then 27 year old artist’s career and reached mass market heights, with the single release of his breakthrough smash, “On The Other Hand”. The single pinnacled to become the first of 18 #1 hits for Travis.“Storms of Life”, the debut album that followed, reached triple platinum, laying the foundation for the 20+ million lifetime sales of Travis’ incredible music career. In the midst of becoming a humble phenomena, Travis is credited with being the creative cornerstone of the ‘new traditionalist’ movement that emerged from his influence—a late 80’s, early 90’s wave that swept in a flood of new artists influenced by Travis such as Kenny Chesney, Alan Jackson, Tim McGraw and Brad Paisley.

In addition to guest tracks from the aforementioned ‘new artists’ he influenced, the star-studded cast of collaborators, on “Anniversary Celebration”, included a virtual who’s who of Nashville’s current hit-makers and legends. In May 2011, Cracker Barrel Old Country Store released their own 11-track tribute to Travis, with a much-anticipated “Greatest Hits” package, which benefitted the national Wounded Warriors Project.

In the wings of 2012, there will be an immediate and aggressive emphasis placed on the visibility of Travis across multiple media formats. Announcements of several major new career initiatives will be forthcoming from Levitan and Davis.

About Randy Travis
Warner Bros. Records has been home to Randy Travis for the majority of his recording career; and together they have accumulated lifetime sales of his music in excess of 20 million units to date. Travis is one of the biggest record sellers in music industry history, with 18 #1 singles, 29 Top 10 chartings, certification of the rare quintuple platinum album (Always and Forever, released in 1987), one triple platinum album (Storms of Life, released in 1986), two double platinum’s (Old 8×10, released in 1988, and No Holding Back, released in 1989), eight platinum albums, and 10 gold albums. Major industry career awards include seven GRAMMY Awards, five Country Music Association Awards (CMA), 10 Academy of Country Music Awards (ACM), 10 American Music Awards (AMA), two People’s Choice Awards, and eight Dove Awards from the Gospel Music Association. He is a three-time recipient of CMA Award’s “Song of the Year’’ honors (“On The Other Hand,” “Forever and Ever Amen,” and “Three Wooden Crosses”). Randy Travis has appearances in more than 40 feature film productions and major television projects to his credit. In 2004, he was honored with his Star on the Hollywood Walk of Fame. In the midst of every major career award and accolade, he considers his honored induction as a member of the famed Grand Ole Opry, in Nashville, in 1986, as a shining highlight of his first 25 years of legendary accomplishments.