Jake Clayton On MTV And The Sportman’s Channel 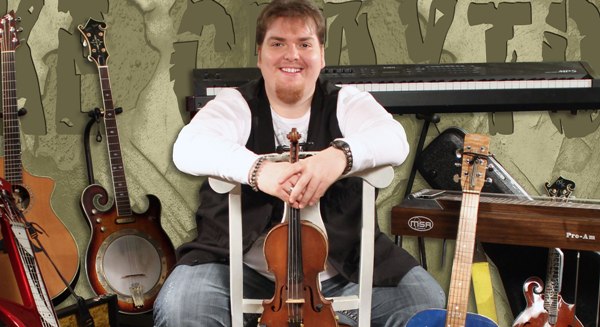 Barnyard Stomp on Ardent’s Bass Battles Starting Monday, January 30th, selections from Jake Clayton’s Barnyard Stomp album can be heard on the Sportsman Channel’s new fishing show called, ‘Ardent’s Bass Battles’. Jake’s music will appear in 2 upcoming episodes: Episode #6 Pickwick Lake and Episode #9: Lake of the Ozarks. On top of that, each episode displays the Barnyard Stomp album cover, the song titles used in the show, and a link to Jake’s website! The Sportsman Channel reaches more than 25 million U.S. television households and is available in HD on CableTV, DirectTV, and Dish Network. For the exact show airtimes and the full story, visit Jake’s website    www.jakeclayton.com

Kickin’ Up Dust Video on MTV in the UK Jake’s ‘Kickin’ Up Dust’ music video is still making waves in the industry. The latest website to add the video is MTV in the UK! Check out Jake’s MTV page here: MTV UK If you haven’t already, check out Jake’s CMT page as well: CMT  Kickin’ Up Dust is also available on Wildhorse Entertainment as a free promotional download and has Charted on The “Wildhorse Independent Supertstars Country TOP30 Download Chart” for February hosted by Ed Dailey of 102.7 KORD FM. Speaking of the ‘Kickin’ Up Dust’ video, did you know it was shot at the Chappell Acres in Coopertown, TN? Chappell Acres is a great barn location right outside of Nashville that is used for weddings and events. Thanks to Jimi Chappell for use of her property for the shoot. Visit the Chappell Acres website HERE

Jake Clayton in the Press An article on Jake Clayton in the Examiner shares some insight on Jake’s background and how he got into the music business. Read the story here: Examiner Guitar-Muse posted an Artist Spotlight on Jake. The article brings to light Jake’s skills as a multi-instrumentalist and goes as far as to call Jake, ‘the epitome of incredible”! Read the Spotlight here: ARTIST SPOTLIGHT A lot of things are in the works for Jake Clayton. Rehearsals are underway and some show dates will be announced soon. Also, a 2nd music video is in the planning stages as well. More info and news coming very soon.