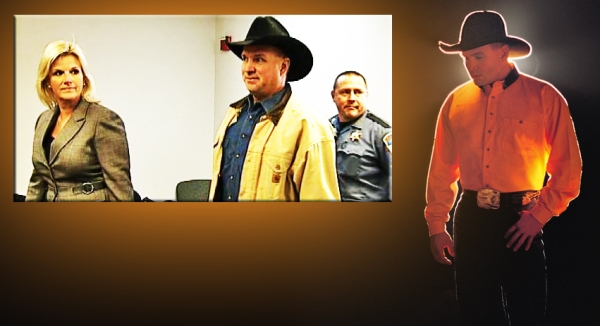 GARTH BROOKS IS THE WINNER

Good for Garth. He has always been a man of his word, and he made this a jury trial, and even though the OK town has its’ pro & con’s about the final jury ruling, Garth will not turn and run from anything when he knows he is right. Congratulations to you Garth. This is one time corporate America got its’ butt kicked.

CLAREMORE, Okla. – An Oklahoma hospital in Garth Brooks‘ hometown must pay $1 million to the country singer because it failed to build a women’s health center in honor of his late mother, jurors ruled Tuesday evening. Jurors ruled that the hospital must return a $500,000 donation to Brooks plus pay him $500,000 in punitive damages in Brooks’ breach-of-contract lawsuit against Integris Canadian Valley Regional Hospital in Yukon. Brooks said he thought he’d reached a deal in 2005 with the hospital’s president, James Moore, but sued after learning the hospital wanted to use the money for other construction projects.

The hospital argued that Brooks gave it unrestricted access to the $500,000 donation and only later asked that it build a women’s center and name it after his mother, Colleen Brooks, who died of cancer in 1999. “Obviously we are disappointed, particularly with the jury’s decision to award damages above and beyond the $500,000,” Integris spokesman Hardy Watkins said. “We’re just glad to see the case come to a resolution.” Brooks called the jurors “heroes” and said he felt vindicated by their verdict. “I no longer feel like I’m crazy,” he said. Jury member Beverly Lacy said she voted in favor of Brooks because she thought the hospital went back on its word. As far as the punitive damages, she said: “We wanted to show them not to do that anymore to anyone else.”

During the trial, Brooks testified that he thought he had a solid agreement with Moore. Brooks said the hospital president initially suggested putting his mother’s name on an intensive care unit, and when Brooks said that wouldn’t fit her image, Moore suggested a women’s center. “I jumped all over it,” Brooks told jurors in tearful testimony. “It’s my mom. My mom was pregnant as a teenager. She had a rough start. She wanted to help every kid out there.”His attorney told the jury during closing arguments that Brooks kept his end of the agreement.

“This case is about promises: promises made and promises broken,” lawyer John Hickey told jurors shortly before they started deliberating. “Mr. Brooks kept his promise. Integris never intended to keep their promise and never built a new women’s center.” But hospital attorney Terry Thomas said Brooks’ gift initially came in anonymously and unrestricted in 2005. He also noted that Brooks couldn’t remember key details of negotiations with the hospital’s president – including what he’d been promised – when questioned during a deposition after filing his lawsuit in 2009. “At most, it was a misunderstanding between these two,” Thomas told jurors during his closing argument. “Am I calling Mr. Brooks a liar? Absolutely not. It’s perfectly understandable that he does not remember these events.”

The jury began deliberating Tuesday afternoon in Rogers County District Court, and the judge told jurors she wanted them to work as late as midnight to come to a decision. Before the verdict was read, Brooks said the day had been emotional. The country music star said he was simply trying to honor his mother. “This little pistol, she deserves nothing but good,” Brooks said.

Article send in by MARTY MARTEL for WHISNews21