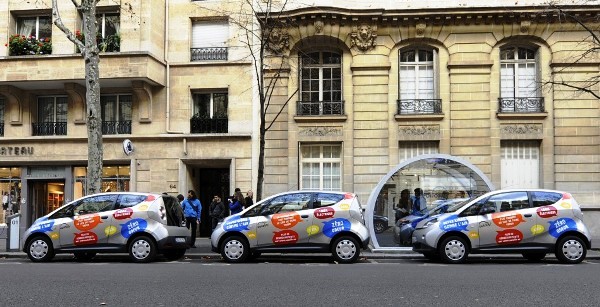 Autolib is the new system similar to Velib (rent a bicycle) which had been started in Paris in 2007 successfully. To rent a car for a day, for one week or even for one year, a registration is necessary and a customer’s card (like credit card) is issued so that a car can be picked up at any time at any station. The stations look like a huge plastic egg and have a built-in recharge unit for electric cars which will keep the cars going for another 250 kilometres. Very good for the customer is also that a Bluecar can be picked up and returned at any of those stations, once the client is registered.