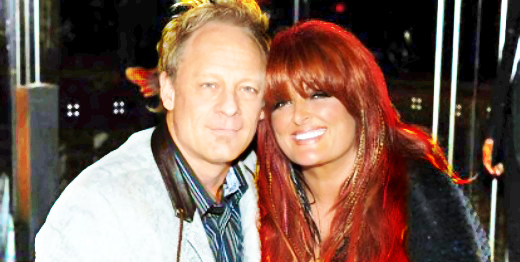 Country music icon Wynonna Judd and musician boyfriend Cactus Moser, of award-winning country group Highway 101, got engaged on December 24th. Wynonna and Cactus are presently touring together as Wynonna and The Big Noise.

About Wynonna Judd
Five-time GRAMMY Award winning artist and New York Times best-selling author Wynonna Judd first gained fame as part of one of the most successful musical duos of all time, The Judds. On top of that amazing feat, she also holds multiple gold, platinum and multi-platinum certifications from the RIAA in excess of 30 million units sold for albums released throughout her illustrious 28-year career. Wynonna recently reunited with her mother, Naomi, for a final Judds tour in 2010, The Last Encore. During this time, the iconic duo invited cameras from the new Oprah Winfrey Network (OWN) to capture their unprecedented moments together as they navigated the intricacies of their first tour in 10 years. The television docu-series, “The Judds” debuted in April 2011 with the highest rated premiere outside of OWN’s launch week and boasted the highest rated season finale in OWN history.

About Cactus Moser
Cactus Moser garnered fame as a founding member and stylistic drummer of the four-time Vocal Group of the year, Highway 101. In the later 80’s, Highway 101 charted 16 Top Ten hits, 5 of which went to Number One, with their debut album immediately being certified Gold. Now, in 2011, Moser continues to tour with Highway 101 as well as his new fiancée Wynonna.