Lee Brice’s “A Woman Like You” Firing Up The Fans 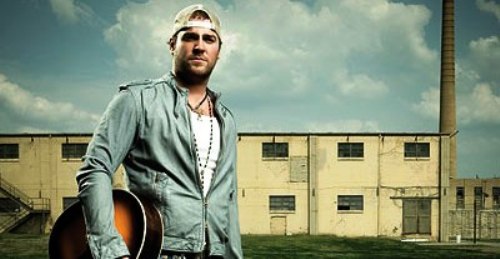 Nashville, Tenn (December 16, 2011) – Singer-songwriter, Lee Brice’s new video for “A Woman Like You,” the first single from his sophomore album due out next spring, has generated quite a buzz online. Upon the video’s release November 21, Brice fans on various social media platforms increased over 260%. While “A Woman Like You” heats up, he will begin the New Year with a heavy tour schedule including media visits in California and New York in January and February.
Currently in Hot Shot rotation on CMT and just added this week to GAC, the video has spiked a huge jump with his online following. Brice’s social media sites including Facebook, Twitter, YouTube and Wikipedia, among others, have shown a significant increase in “likes” and fans. In addition, the video debuted on CMT.com’s High 5 Video Countdown, a round-up of the week’s top five viewed videos, for the week of November 28.
In 2011, when he wasn’t in the studio recording, Brice was busy touring. He criss-crossed the country joining such tours as Willie Nelson’s Country Throwdown Tour 2011, CMT On Tour with Luke Bryan, and The Higher Education Tour with Jerrod Niemann. He kicks off the New Year with a string of shows up and down the West Coast.

About Lee Brice:
Three-time ACM nominee Lee Brice released his debut album Love Like Crazy on Curb Records in June of 2010. The title track off of the album, “Love Like Crazy,” reached the top five on the charts and was named Billboard’s #1 country song of 2010. It currently holds the record for the longest charting song in the history of Billboard’s Hot Country Songs chart. Brice is also known for his songwriting, penning hits for many great artists including Garth Brooks and Tim McGraw. In November 2011, Eli Young Band’s single, “Crazy Girl,” a song he co-wrote with Liz Rose, went #1. For a list of upcoming tour dates and the latest Lee Brice news, visit www.LeeBrice.com.