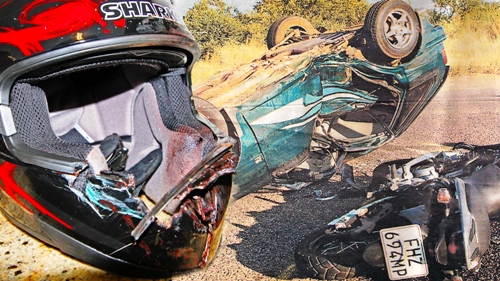 On Friday 4 March 2011 JJ, was in a serious motorcycle accident which left him with a broken jaw, crushed nose, two broken cheekbones and a broken left arm. Strydom said after the accident “God was Great and helped me” It is alleged the driver of the car made a U Turn in the road when Strydom hit the car at 80km an hour, the impact was so great that the car rolled a few times and Strydom flew 5 meters in the air. Now seven month later, and dozens of operations Strydom has finally recovered from the accident and is looking forward to continuing with his music career. JJ has a #3 charted song on Wildhorse IDSS Country Top 30 Download chart titled ” I’m A City Slicker Couch Boy”

No Comments to The Helmet That Saved JJ Strydom’s Life