AOL Mail and internet not working for 1000’s of users

UPDATE TWO – Thursday November 30 – 6.12am eastern time / 11.13am GMT: AOL has again been experiencing issues in the US today. Independent website Down Detector has registered hundreds of reports of AOL down today. Some 62 per cent of those affected are experiencing problems with their e-mails, while 25 per cent are having problems with their internet. According to the Down Detector outage map, the main areas affected are New York, Brooklyn, Philadelphia, Washington, Chicago, Los Angeles, Tampa, Pittsburgh, Bronx, and Richmond.

The AOL Customer Support Twitter account has been busy responding to customers hit by issues today. They have said the issue has been identified and AOL are working on a fix. In one tweet they said: “We apologize for the inconvenience you are experiencing. At this time, we have identified the issue and it is being addressed. “While we cannot provide a specific time when the issue will be resolved, our team is working to correct it as soon as possible.” 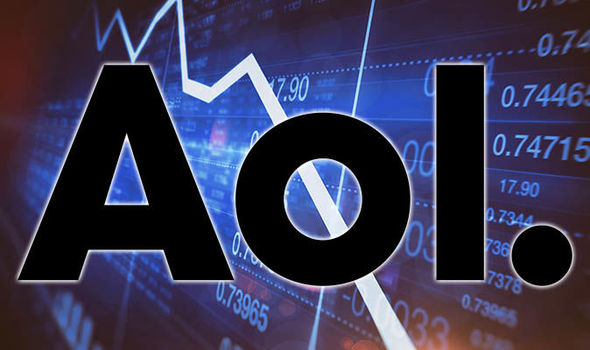 UPDATE ONE – Tuesday November 28 10.50am eastern time / 3.50pm GMT: The issues affecting AOL seem to have been resolved.

Down Detector reports of AOL down has fallen from a peak of over 1,440 to just a handful.

ORIGINAL: AOL is down right now for hundreds of users in America who have reported the mail and internet services as not working for them. Independent website Down Detector has received a surge of reports of AOL down today. Some 58 per cent cent of those affected had issues with their e-mail while 30 per cent had problems with their internet. Users also reported seeing bad gateway 504 and bad gateway 502 error messages.

Down Detector is an independent outage monitor which monitors social mentions to track outages across the globe.

The site has received hundreds of reports of AOL down today, with the issues beginning before 6am pacific time, 9am eastern time and 2pm GMT. The Down Detector outage map says the main areas affected in the US are New York, Brooklyn, Philadelphia, Chicago, Los Angeles, Washington, Tampa, Bronx, Phoenix, and Pittsburgh.

The AOL Customer Support Twitter account has tweeted to say they are aware of the issues customers are experiencing today and are working on a fix. They tweeted: “We’re aware that service is slow or inaccessible for some of our users. Our Engineering team is aware and working quickly to resolve.” 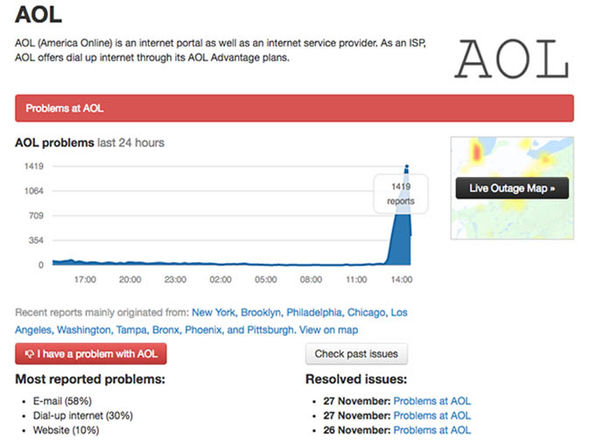 Hundreds of AOL customers have reported issues with the service today

While another posted: “@AOL AOL Mail is down, getting “504 Bad Gateway”.

And one added: “@AOL why is my email down and not working? it says “bad gateway” each time I try..”

This is not the first time recently that AOL customers in the US have been hit by an outage.

Last week on Monday November 20 Down Detector again received thousands of reports from AOL customers experiencing issues with the service.

During the outage AOL customers again reported issues with their e-mails and internet connection.