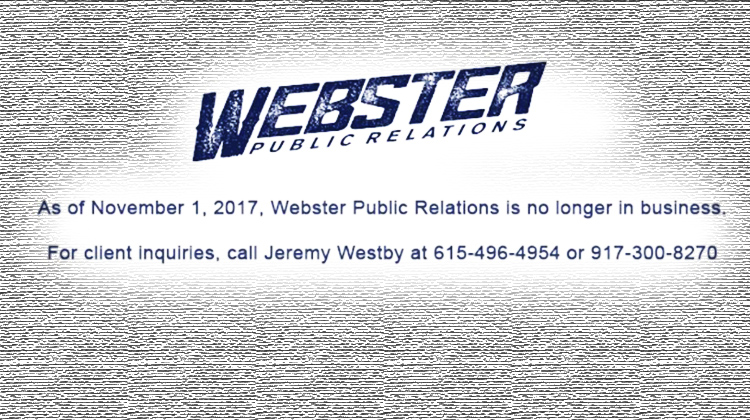 Webster Public Relations—one of country music’s largest publicity firms that represents artists as far ranging as Dolly Parton to Justin Moore to Kid Rock—has ceased operations after its president and CEO Kirt Webster was accused of sexual assault by a former artist represented by the firm, followed by other sexual assault claims. According to a statement from the company, Webster Public Relations is set to continue operating under the new name Westby Public Relations. The company will continue under the leadership of Jeremy Westby, a longtime colleague of Kirt Webster who was also a publicist for Webster Public Relations. Meanwhile, Webster will take time away from the business to “focus on combating the egregious and untrue allegations made against him,” the statement says.

What You Should Be Listening To Right Now Jan 2020

You Should Be Listening To Right Now – January 2020 At Sounds Like Nashville, we prideRead More

Party Like A Parrothead At The New Nashville Margaritaville Hotel Parrotheads rejoice! After years ofRead More

No Comments to Webster Public Relations Closes After Sexual Claims