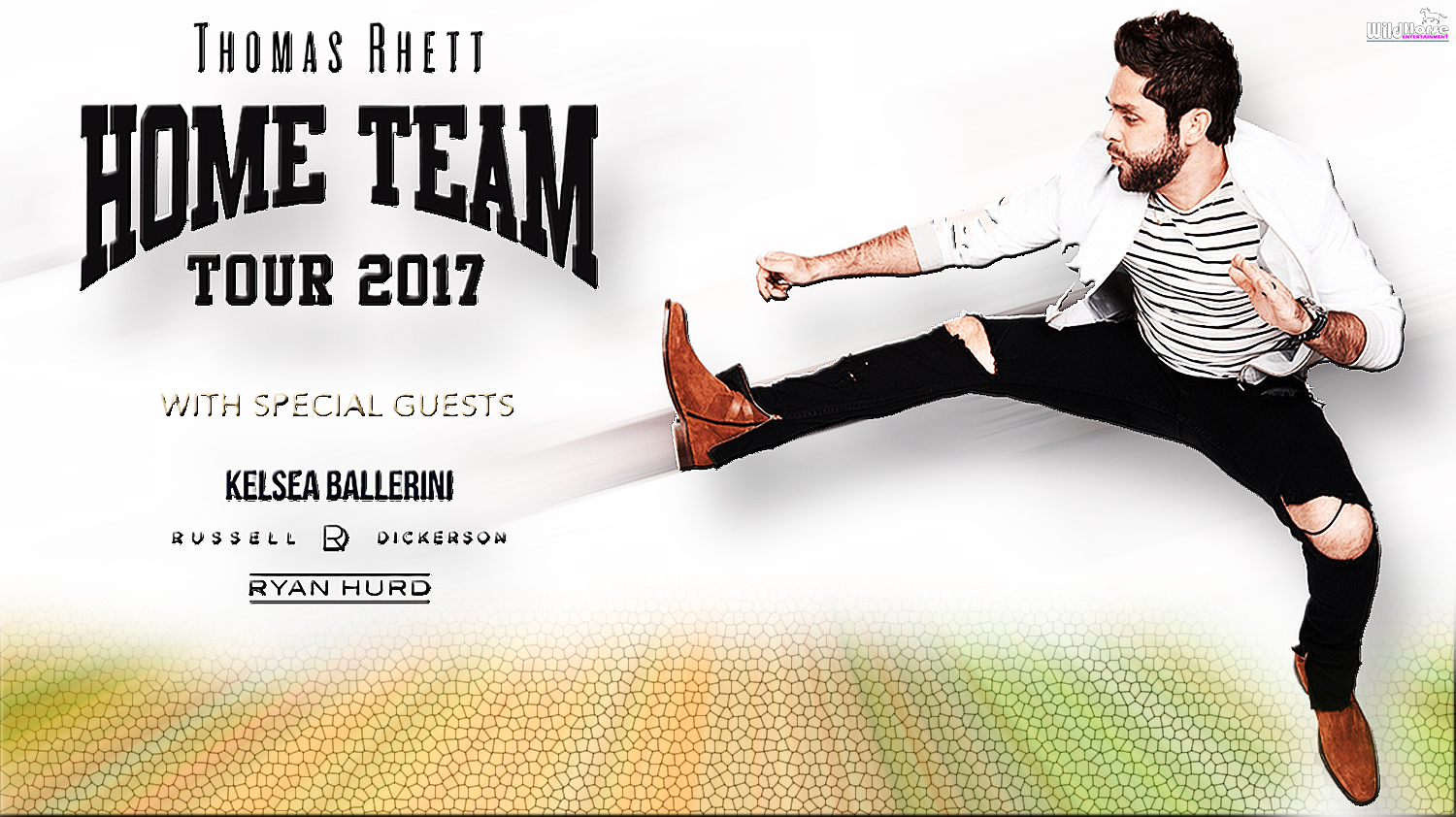 Thomas Rhett brought his Home Team Tour to Nashville, performing back-to-back sold out shows at Ascend Amphitheater (4/20 and 4/21). More than 13,600 fans packed the venue over the course of the two nights, despite a constant downpour Friday night. Thomas Rhett put on a show that was “a whole lot of fun” (The Tennessean) joined by tour openers Kelsea Ballerini, Ryan Hurd and Russell Dickerson.

Thomas Rhett’s set was a “hit parade” (Rare) as he performed favorites like platinum-selling songs “Crash And Burn,” “T-Shirt,” “It Goes Like This,” “Die A Happy Man” and more. On night one, Thomas Rhett surprised fans by bringing out Dierks Bentley as the two performed the hit “Somewhere On A Beach” while Danielle Bradbery joined him for a duet of “Playing With Fire.”

Maren Morris also made a surprise appearance as she and Thomas Rhett performed “Craving You” the “driving, sexy” (Rolling Stone) new lead single from his highly-anticipated third studio album. Friday night included Morris, and Thomas Rhett’s father Rhett Akins also joined him for a multi-song performance. Ballerini, Hurd and Dickerson returned to the stage with Thomas Rhett to cap off both nights with an “explosive” (CMT) performance of Bruno Mars’ “24K Magic” complete with fireworks.

The Nashville dates tally 15 sold-out shows Thomas Rhett’s headlining 2017 Home Team Tour has seen so far, one of Rolling Stone’s most anticipated tours of this year. After drawing capacity crowds overseas last year, he returns as a “force to be reckoned with” (Daily Star) with plans to return to Europe while also making his debut headlining run in Canada in addition to US dates. For more information and for a full list of upcoming tour dates, visit www.thomasrhett.com.