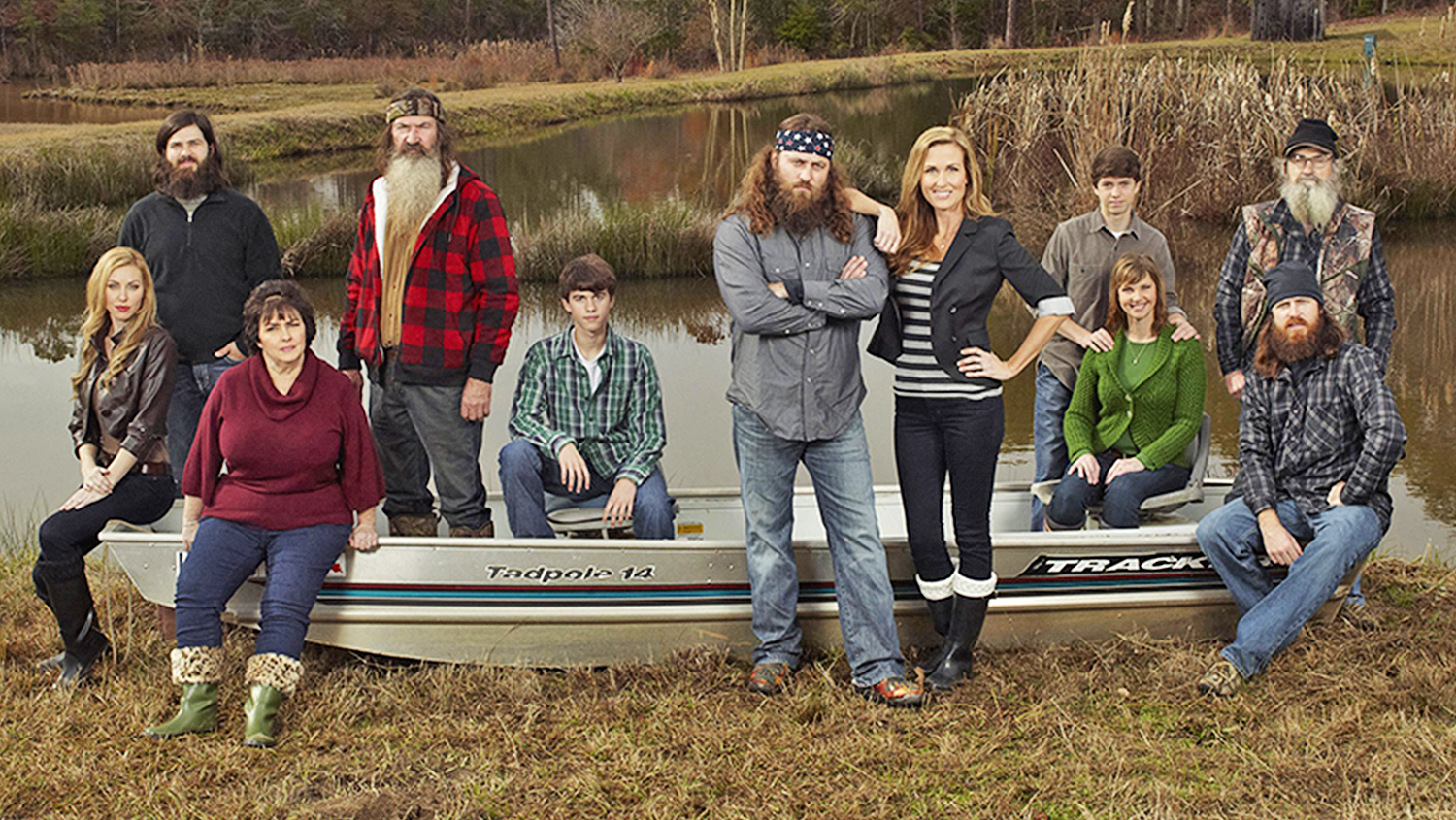 According to a release, the family and network wanted to give their loyal fans a long farewell with one last season followed by a series of holiday specials. The current season will run through Jan. 18, 2017. Following a small hiatus, the final seven episodes will start back up on March 1, with the series finale airing on April 12.

The reality series, which follows the lives of the Louisiana-based Robertson family and their family-owned duck calling business, made stars of the family from it’s inception in 2012. The main cast included brothers Phil and Si, Phil’s sons Jase, Willie and Jep, Phil’s wife Kay and Willie’s wife Korie, along with their families. The show quickly became the most watched reality series in cable history and the No. 1 series on A&E.

If you recall, the Robertsons endeared themselves to the country audience with their 2013 Christmas album, Duck the Halls: A Robertson Family Christmas, by including vocals from some of country’s finest, including George Strait, Luke Bryan, Josh Turner and Alison Krauss.

The family informed their fans of the end of the show with an announcement that aired in the beginning of the final premiere episode Wednesday night (Nov. 16).