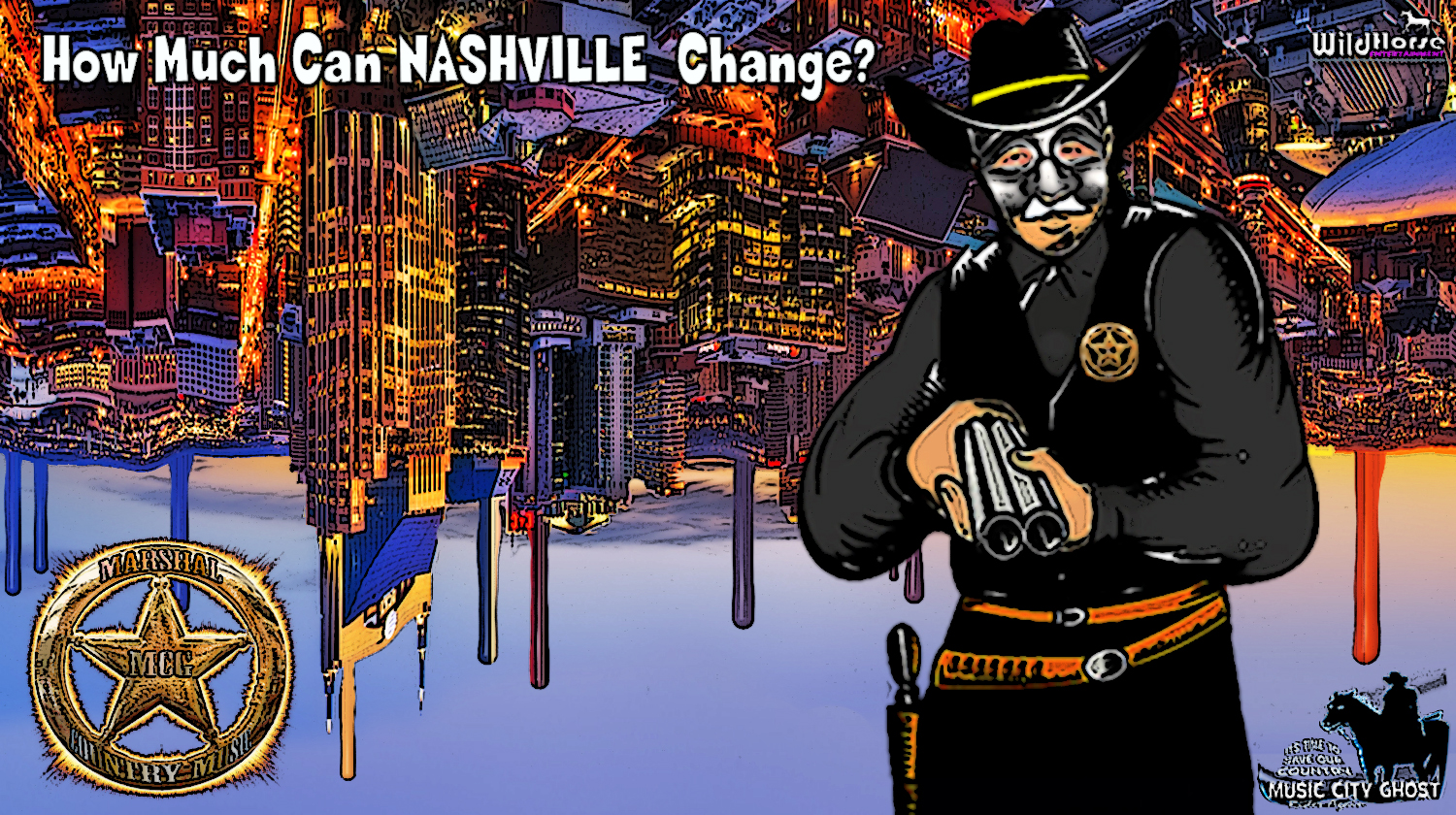 The Only Thing That Is Changing In Nashville Is The Music

The Music City Ghost [File #45] 2015: Part of the military training our young service men and women who are off to battle are taught is, “Kill Or Be Killed.”   I see a parallel here in what is going on in Nashville these days.  I call my phrase, “Change Or Be Changed.” Let me try and explain what I mean. Nashville is expanding and growing at a rapid pace and the locals have mixed feelings about all of this.  When big corporations are trying to decide whether to hold their conventions or trade shows here or not, they do not face the usual obstacles.  We have plenty of convention space, we have a wide selection of locally prepared foods, we are building more and more hotels in the downtown area all the time, and after convention hours, we have plenty of entertainment to offer our guests visiting our city.  BUT We also have TRAFFIC.  We don’t just have normal traffic but road closures and bridge repairs, all contribute to a daily mess for anyone entering or leaving the downtown area.  Unlike a city such as New York that has a massive bus transit system, trains, and a subway, Nashville is stuck in a time warp with it’s very narrow streets, and antiquated infrastructure. I predict in the very near future that we will have to “Change or be Changed.”  What does that mean?  We will either fix the traffic problem or “Change or we will be “Changed.”  In other words all of the current growth and expansion will cease and Nashville will no longer have the appeal to the masses as a desired destination.  If you think this is all bull then why do you think other very large city’s no longer host conventions and trade shows?  The answer is because they refused to CHANGE.  We better change and I mean quickly or we are about to be changed.

Uncategorized Comments Off on MCG:Change Not always Controlled by Few Good Men Print this News
So the Clintons weren’t so bad eh? Some Say! (Newer)
(Older) Rhon’s Early Morning Inspiration For Monday