Its All A Propaganda Setup To Blacken Springboks 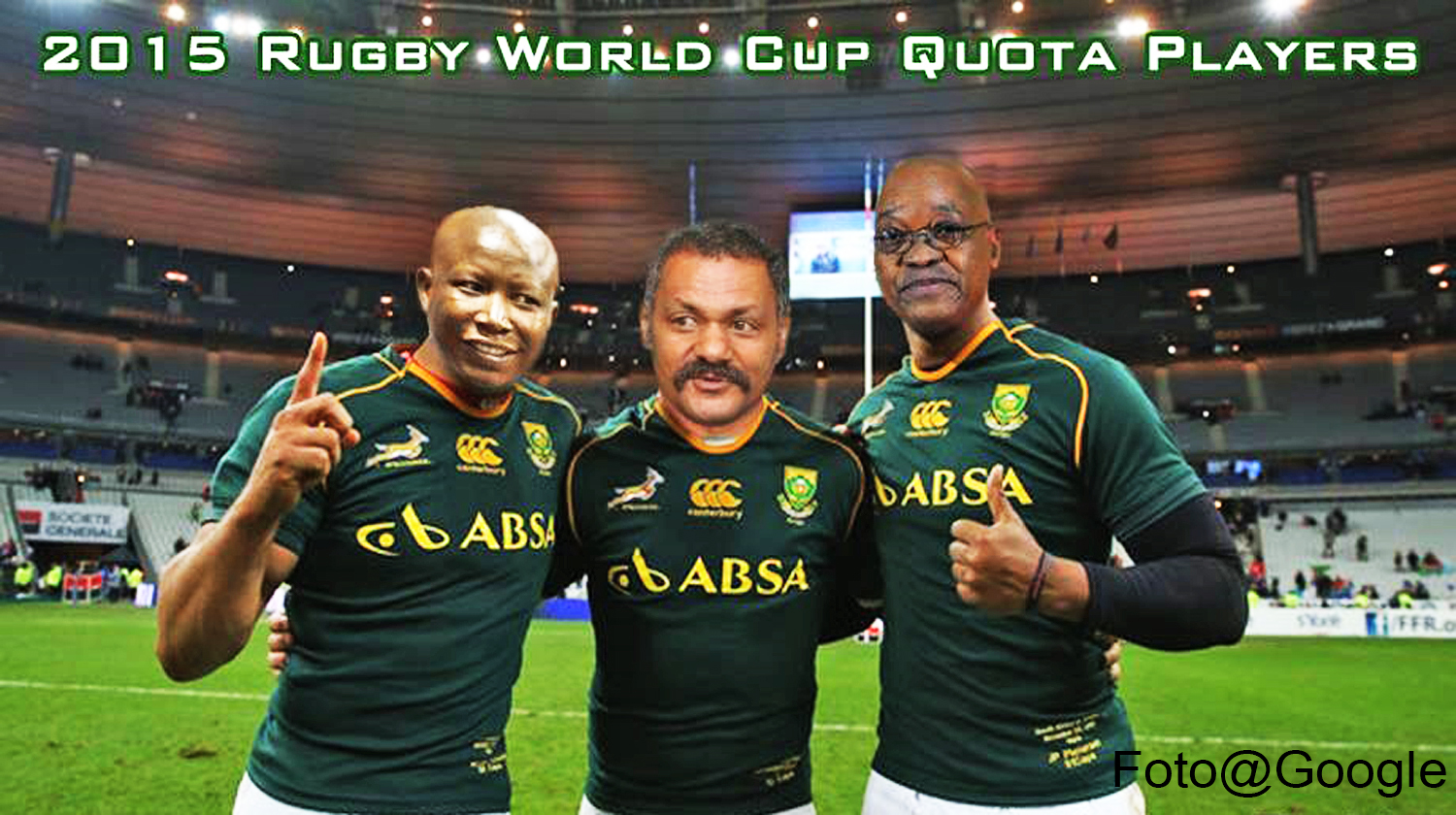 The Springboks are going to lose the world cup

The Propaganda Machine Is In Full Swing Against The Springboks

to crown it all they are going to be made look like the worst team in the history of the Rugby World Cup.

All the rugby fans in South Africa are going to be so disappointed and then once the Springboks are on their lowest point, when all the die hard Springbok fans have given up on them the real reason behind this all will come out.

The Springbok fans will not know that the propaganda machine was behind all the Springbok defeats as they so easily fell for the propaganda leveled directly at them. Rugby fans are as we speak or read  being brain washed through the continuous and successful propaganda campaign against them to believe that their white players are just to old and just no good at all.

The new plan would now be ready to implement, a new coach which will more than likely be a Black Coach, maybe even an old Bafana Bafana Soccer coach or some unknown soccer player from South America. Once a coach is chosen a new Springbok team will emerge with perhaps one white player. At this point the fans will not care anymore, and off they go and they win every single game for a short while just to prove their point that a black team is the way forward.

Everyone is happily ever after, the fans are happy they have been successfully converted through propaganda and will believe that is after all, all about the game and not the players.

In another place in another luxury 5 star hotel a team of propaganda experts will be celebrating another successful campaign against the good and gullible rugby fans of the world.

– A Email from our Email Outpost at WHISNews21

Uncategorized Comments Off on Its All A Propaganda Setup To Blacken Springboks Print this News
Country Entertainment’s Roy Skropits Needs Your help (Newer)
(Older) So the Clintons weren’t so bad eh? Some Say!