Hunter Hayes ‘Shazamable’ T-shirt Can Win You a Trip 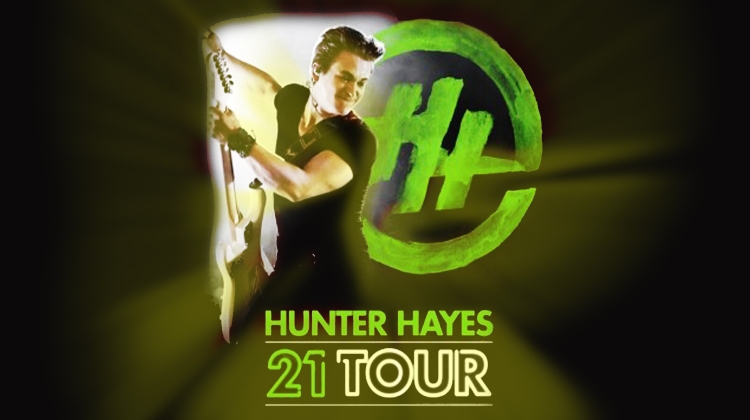 Hunter Hayes “Shazamable” T-shirt Can Win You a Trip?

Hunter Hayes continues to push the technological envelope in a summer full of innovations, partnering with Shazam to create the first “Shazamable” T-shirt that will give fans access to exclusive content and a special contest during Hayes’s upcoming 21 Tour. The shirt employs Shazam’s new visual search technology, paired with an app that allows users to access a playlist of Hayes’s songs – including his current single “21” – and register to win a trip to see him out on the road this fall.

“Fans have Shazamed Hunter Hayes’ songs nearly 4 million times. Now that you can Shazam with your smartphone’s camera, we’re making it possible for Hunter to create an even deeper, more personal connection with his fans by Shazaming his shirt too. How crazy is that?” said Peter Szabo, SVP, Head of Music, at Shazam.

Jeremy Holley, SVP of Digital for Warner Music Nashville, added, “We’ve been testing Visual Shazam the past few months and realized we could create a new connection with the fans using this one-of-a-kind, immediate engagement.”

A notably tech-savvy artist, Hayes has experimented with several cutting-edge collaborations in the past year. On his 2014 Tattoo (Your Name) Tour, he incorporated an LED-lighting system with Glow Motion Technologies that allowed fans to participate directly in the lighting display of a live show. This summer, the Atlantic Records hit-maker has been rolling out new music such as “21” via streaming and digital-download services in what Billboard called “country’s biggest digital experiment to date.”

Hayes also collaborated with Spotify to route his 21 Tour this fall, targeting college markets with high densities of fans who stream his music. The 21 Tour will be a 21-city run of rare, intimate shows also featuring rising singer/songwriter Ryan Lafferty and chart-topping artist Kelsea Ballerini on select dates.

Upcoming dates for the 21 Tour are as follows:

Hayes will continue on the Wheels Up Tour with Lady Antebellum and Sam Hunt through the end of the summer, before heading overseas for the fall leg of his Let’s Be Crazier tour in the UK and Ireland. For more information and the latest updates, visit www.HunterHayes.com or follow him on Twitter / Instagram @HunterHayes and www.Facebook.com/HunterHayes.