Shania Twain To Hit The Road One Last Time 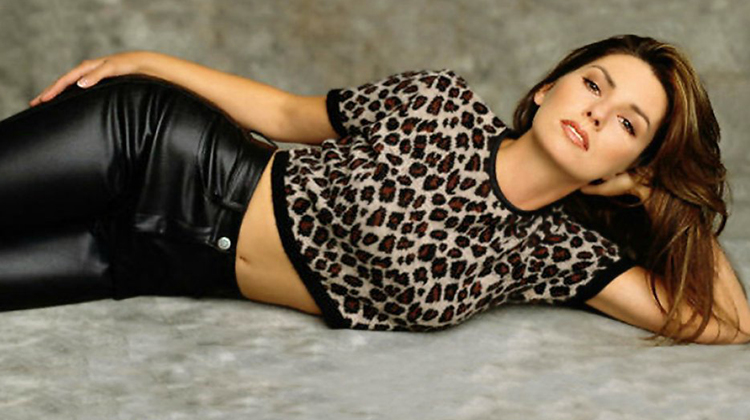 Fresh off a triumphant two-year run in Vegas, the superstar hits the road one last time

This morning, the woman behind the bestselling country album of all time, 1997’s Come on Over, announced a 48-city summer tour. But the Rock This Country Tour, her first in more than 10 years, will also be her last.

The singer told Good Morning America‘s Robin Roberts that it’ll be like one big afterparty. “This is my last tour, so I’m going to make the most of it,” Twain said. “I want to go out with a bang.”

Kicking off June 5th with a single U.S. show in Seattle, the tour will immediately head north to Twain’s native Canada for a string of homecoming concerts across the country before returning to America for a date at New York City’s Madison Square Garden. Stops in Boston, Miami, Washington, D.C., Philadelphia, Nashville and other major markets will follow, before wrapping up in Fresno, California, in August, a few days prior to Twain’s 50th birthday.

In December, Twain concluded a critically acclaimed and commercially successful residency at Caesars Palace in Las Vegas. Dubbed Shania: Still the One, the elaborate showroom production, which included multiple costume changes and the singer flying onto the stage atop a motorcycle, ran for two years. A TV special, Shania: Still the One Live From Vegas, aired last week on ABC. “I feel that Las Vegas, the show, was a huge mountain to climb for me. I not only got through it, but I enjoyed it,” said Twain, promising an entirely new production. “I didn’t want to take part of the show on the road, I wanted to take an entirely new show that was custom-made for touring.”

Best known for such hits as “Honey I’m Home,” “Man! I Feel Like a Woman!” and “From This Moment On” — as well as for her midriff-baring fashion sense — Twain became the defining female country voice of the Nineties. She sold more than 75 million albums, with Come on Over making history as the bestselling album ever by a woman, in all genres. While the tour will focus on the hits, Twain revealed that she is also working on new music. “I’m working on the new record as we speak. I’m on the microphone every day recording. That will be coming up after the tour. I want to enjoy that party and then I’ll get back to the record,” she said. “I want it to come out when I’m 50, so I’m going to make it happen.”

Following her 2004 Up Tour, Twain all but disappeared, battling vocal issues that kept her away from the stage. She documented her struggle in the 2011 Oprah Winfrey Network series Why Not? With Shania Twain, before announcing her return to live performing at a press conference in Nashville.

“I look to others for my strength. Strength is within but I draw inspiration from others’ suffering. I look for the courage in others and then I find mine,” Twain told Roberts. “The inspiration comes from everybody around me.”

Here are the dates for the Rock This Country Tour, which features Canadian musician-actor Wes Mack opening shows from June 5th through 28th, and Gavin DeGraw filling the slot for the remainder of the tour. Following a presale, tickets for the public go on sale Friday, March 13th.