Would You Board A Windowless Plane? 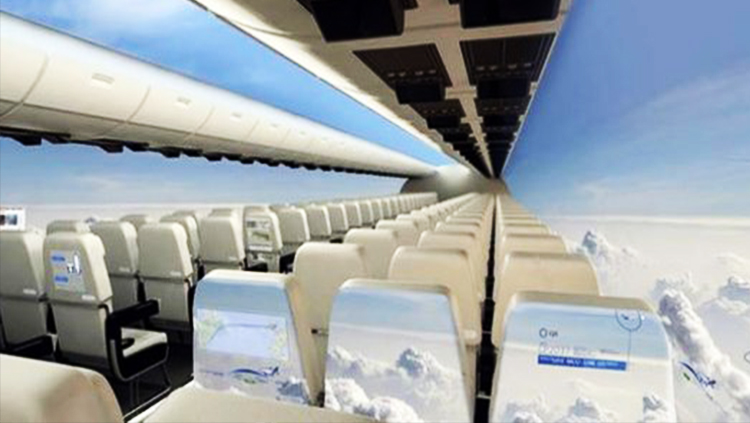 Would You Board A Windowless Plane?

In your typical plane, there’s the aisle seat, the middle seat and the window seat –the one with the best view

But what if pretty much everywhere you looked acted like a window?

That’s the aim behind this project from the Centre for Process Innovation in the United Kingdom.

There are features like live video streamed to vivid OLED displays offering seamless panoramic views and entertainment, information and in-flight services at your fingertips.

Panoramic views and personal displays – sounds like a new level of luxury. But the company explains it’s all about sustainability and saving money: no windows means less weight.

“For every 1% reduction in weight, the approximate fuel saving is 0.75%. If you save weight, you save fuel. And less fuel means less CO2 emissions into the atmosphere and lower operational cost. … Everyone wins.”

And although there will be no windows, Daily Mirror points out the screens would be able to simulate a view of what’s going on outside. CPI officials say the view would be in real-time using cameras mounted on the plane’s exterior.

The Guardian talk to a CPI employee who explained “The idea came about after discussions about how printable electronics, in which the centre specializes, could be used. We … understood that there was this need to take weight out of aircraft.”

So, would people want to get on a windowless plane?

According to CPI, the high-tech cabin could be ready for takeoff within the decade.

Uncategorized Comments Off on Would You Board A Windowless Plane? Print this News
Truth About The Michael Brown Shooting – WET TV (Newer)
(Older) Rhon’s Early Morning Inspiration For Wednesday