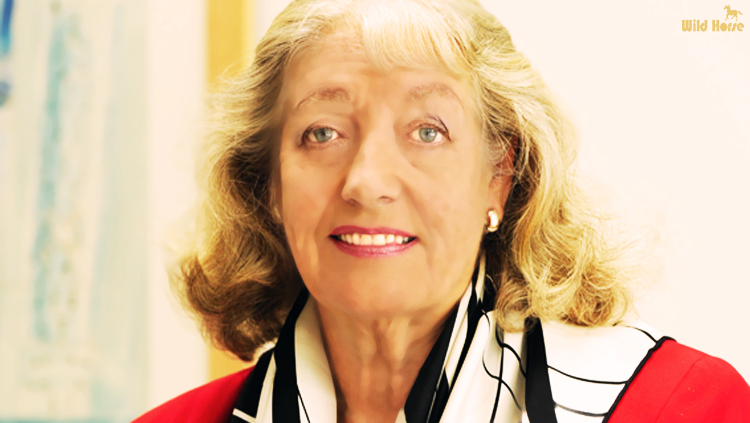 Earths surface is largely covered with water. So, why has the worlds attention focused on the three percent of fresh water on our planet, on water management, pollution, waste and recycling? Yet 97 percent of the water on Earth is saline: oceans, salty lakes and brackish wetlands ignored in most policy, finance, business and public debates!

At last, unnoticed research on the 10,000 salt-loving halophyte plants which grow in deserts and thrive on seawater is coming to light. I have long reported on saline agriculture, noting that halophyte plants can provide humans with food, fiber, edible oils and biofuels. Indeed, the only biofuels that meet ethical criteria are those based on algae grown on seawater.

Today, as water-related risks reach crisis levels, they are changing traditional risk analysts focus on financial risk. In the World Economic Forums Global Risk in 2014, water rose to third place behind fiscal crises in key economies and structurally high unemployment/underemployment. The United Nations General Assembly Open Working Group on Sustainable Development Goals (SDGs) cited water and drought issues high on its agenda while many countries delegates voted to make oceans a stand-alone focus of the SDGs.  The International Renewable Energy Agency (IRENA) provides a welcome global focus on the needed transition to renewable energy, many forms of which will conserve water and provide better methods of desalination and treatment.

Fossil-fueled and nuclear power plants are prodigious gulpers of water another reason for the shift to renewables. Additional risk factors focus on the rising ocean levels and acidification as CO2 emissions are absorbed by oceans which are heating faster than previous models predicted. This led to renewed interest in ocean thermal differentials as a source of electricity along with ocean currents and wave energy technologies.

Embracing this broader view, the 14th Delhi Sustainable Development Summit connected the dots in February 2014 as Attaining Energy, Water and Food Security for All. The International Conference on Sustainability in the Water-Energy-Food Nexus, May 19-20, 2014 in Bonn, Germany, takes the same systems approach.

The Earth Systems Science program at NASA is the most comprehensive approach to understanding how our planet processes the daily free photons from the Sun, through the atmosphere and ocean currents, which combined with geothermal energy from its core, create the conditions for life on Earth.  This daily information on how our planet functions and our human effects on it must now be cranked into all financial and business risk-analysis models, as I outline in Mapping the Global Transition to the Solar Age: from Economism to Earth Systems Science, with Foreword by NASA Chief Scientist Dennis Bushnell, who is also an expert on halophyte plants and saline agriculture.

Desert-greening science has been quietly maturing for decades with experiments in many countries in the Middle East, China, Australia, Mexico and the U.S..  Today, business plans are emerging, such as DESERTCorp, by the Planck Foundation in Amsterdam, as well as the work of Carl Hodges in Egypt and the U.S.; Allan Savorys Savory Institute in Zimbabwe and Australia and the Grasslands Project in South Dakota, U.S., with the Capital Institute; the research of  Mae-Wan Ho of ISIS in Britain;  Wes Jacksons Land Institute in Kansas, U.S; Janine Benyus at Biomimicry 3.8; Gunter Pauli at ZERI; and many other projects.

A biofuels breakthrough was announced, January 22, in Abu Dhabi that Boeing, in partnership with the United Arab Emirates (UAE) are producing biofuel for jet aircraft made from algae grown on desert land, irrigated with seawater. This Sustainable Bioenergy Research Consortium (SBRC) is affiliated with the MASDAR Institute. Director Alejandro Rio states, The UAE has become a leader in researching desert land and seawater to grow sustainable biofuel feedstocks with potential applications in other parts of the world. Other airlines are also researching biofuels, but all seem to find that oils from tar sands and shale are too dirty for jet fuel and that oil companies seem unwilling to refine these dirty oils to the standards needed for aviation since they see this market as too small. Meanwhile, worries about shale fuels include their huge water requirements, methane emissions, pipeline leaks, earthquakes and other environmental problems.

None of these hazardous forms of energy are needed!  Humanity can now stop digging up the Earth and look up harvesting the free photons from our Sun as green plants do, providing our food. Lets now green our desert areas, growing salt-loving crops using abundant land, salt waters and sunlight. Lets accelerate the global transition, to the more equitable, knowledge-rich, cleaner, greener economies now within our grasp!

* Hazel Henderson, president of Ethical Markets Media (U.S. and Brazil), created their Green Transition Scoreboard, is author of many books and co-developed the Principles of Ethical Biomimicry Finance.

Uncategorized Comments Off on Water, Water, Everywhere: To Green our Desert! Print this News
Be Inspired By Rhon This Wednesday Morning (Newer)
(Older) Marty’s Prayer Line for Yesterday Today and Tomorrow