This Article Makes Me Scared Of The Future 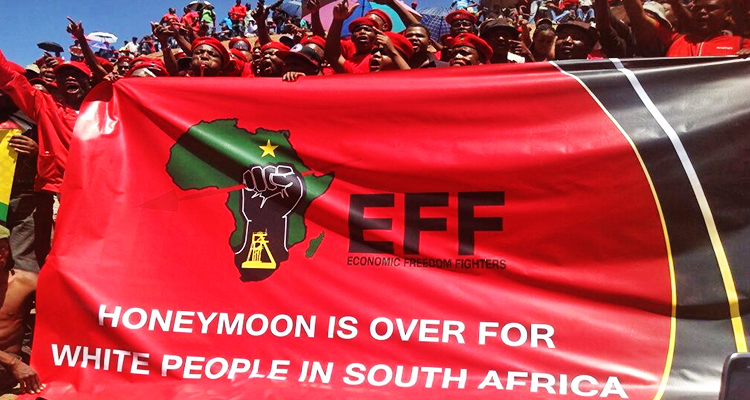 I Am Afraid Of The Future, and very Afraid Of The Lengths That The People who Are Pulling The Strings Will Go To Force Diversity On White People.

I have come across this article on the Internet,written by concerned Americans and it has scared me to death as if this article is all true then I have finally found the reason why white people are being targeted for Genocide. I am trying to find reasons to believe that it is all just a load of nonsense, but when you read it carefully, it is exactly what is happening right now, and it is always hard to argue truth. That is why I am sharing it with y’all and as always you are free to read it or ignore it, I for one believe even if I don’t believe in something, I still need to know something about it, and that is why i read it and published it for you. Please remember you don’t have to believe in something to read, view or listen to it.

You are the master of your own destiny you decide, true or false.

Below is the article plus the video found on the Internet and YouTube.

“ASIA FOR THE ASIANS, AFRICA FOR THE AFRICANS, DIVERSITY FOR WHITE COUNTRIES!”

Everybody says there is a RACE problem called Diversity. Everybody says Diversity will be solved when the third world pours into EVERY white country and ONLY into white countries.
The Netherlands and Belgium are just as crowded as Japan or Taiwan, but nobody says Japan or Taiwan will solve Diversity by bringing in millions of third worlders and quote assimilating unquote with them.
Everybody says the final solution to this problem of Diversity is for EVERY white country and ONLY white countries to “assimilate,” i.e., intermarry, with all those non-whites.
What if I said there was this problem called Diversity and this Diversity would be solved only if hundreds of millions of non-blacks were brought into EVERY black country and ONLY into black countries?
How long would it take anyone to realize I’m not talking about Diversity. I am talking about the final solution to the BLACK problem?
And how long would it take any sane black man to notice this and what kind of psycho black man wouldn’t object to this?
But if I tell that obvious truth about the ongoing program of genocide against my race, the white race, Liberals and respectable conservatives agree that I am a whitesupremacisthaterwhowantstosendblacksbacktoafrica.
Anti-racists say they are Champions of Diversity. What anti-whites want is white genocide.
Diversity is a code word for white genocide.
Reference: UN Resolution 260, article II

To: Vladimir Vladimirovich Putin, Office of the President
Russian Embassy, The Russian Federation
Office of the United Nations High Commissioner for Human Rights (OHCHR), Palais Wilson
Robert Walker Whitaker and OTHER American Dissidents Appeal to Vladimir Vladimirovich Putin for Solidarity Against White Genocide
We are a group of suppressed American dissidents asking Russia to have solidarity with us.
Russia is the only majority white country that does not grovel at the feet of the United States and its European Union.
The question comes up regularly over here: “Is Eastern Europe ready for Diversity and massive non-white immigration yet?” It is demanded of every country in Europe and America that it literally change its complexion, that they bring in tens of millions of third world immigrants.
This question is never asked of Japan or Taiwan, but it is demanded of equally crowded European countries like the Netherlands and Belgium.
No one mentions the reason because we all know it: Europe and America are a majority white.
It is an automatic demand made on ONLY white countries. Massive third world immigration and assimilation is a demand made on ALL white countries.
The cry is “Asia for the Asians, Africa for the Africans, and white countries for EVERYBODY!
We dissidents make a declaration of this, called our Mantra, which is blocked as rigidly as any dissident was blocked in the Soviet Union.
We ask Russia to throw this genocidal demand back into the faces of the American and European establishments.
www.whitakeronline.org/blog