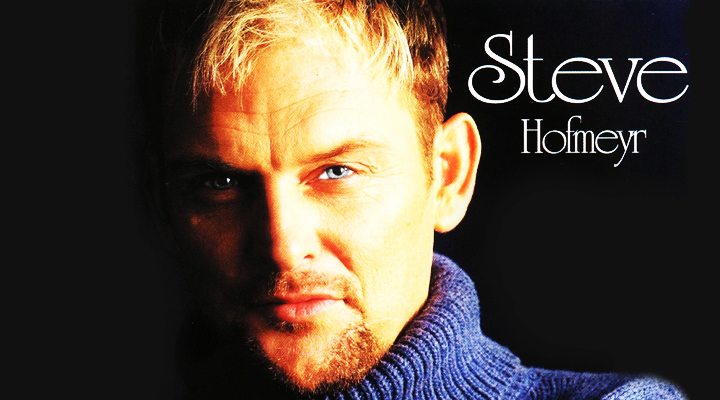 Ed Begley of Tattoo Billy, an American fighting for the rights of the Boer Nation in The United States, Interviews South African Superstar Steve Hofmeyr

Ed: How long did it take for you to the realization of the Genocide of the minority in South Africa?
Steve: As an old school liberal, excited about the new SA, relieved to have a averted a civil war in 1990, I gave the New South Africa the benefit of the doubt. 15 years later it was undoubted clear that my yes vote was a dagger in the back of white South Africans. But even worse, we have probably sacrificed more lives to date than to this brutal mortality rate than a civil war would have.
.
Ed: I noticed in photos blacks out in protest..are there black Africans that feel whites are being done unjust?
Steve: Ironically only a few Blacks arrive when we march against crime, rape and murder rates. They also don’t protest for their rights to a mother tongue education. Whenever I protest against random name-changes, the opposition to this, are mostly blacks bussed in from all over the place, with slogans printed on government-issue paper to stop my protest. Traditionally blacks have almost 100 year’s of experience in marching for materialism disguised as liberty rights.
.
Ed: Currently the Genocide watch, has only the Boer on watch, I believe all White Africans should be on Genocide watch, why after more 70,000 white deaths the media still ignores the undeniable facts?
Steve: The Naspers (National Afrikaans Press) is doing what paralysed liberals do: they live in denial. Any admission to the problem is an admission to the failure of the sides they chose in the 90s. Unfortunately Afrikaners (as the 3rd most spoken language) only have ONE national newspaper and radio station. Compare this to the multitude of media outlets for English (the 5th most spoken language).
.
Ed: Many are confused upon the Boer and Afrikaner, I know the Boer is a minority in a minority, and some of the first trekkers , for the sake of the Westerners understanding of this could you elaborate?
Steve: Afrikaners came after Boers but I don’t get befuddled. Predominantly, the Boers still spoke Dutch. Eugene Terre’blanche called us the ‘Boervolk’, a tribe with legit claims of sovereignty on the States of the Transvaal and Freestate. Over the years of activism.
.

Ed: I noticed the Boer use much Jewish terminology in their Language,  how did this come to be?
Steve: Afrikaans is what you get when a Dutch-European landing at the Cape has not enough vocabulary to describe what he sees. We are richly endowed with other mother-tongues. The large Jewish influence on our language may originate from our avid reading of the Old Testament. But we are predominantly Protestant.
.
Ed: What is one of the biggest myths of apartheid? Can you elaborate on some of the worst crimes recently?
Steve: The greatest myth about Apartheid is that the Whites did NOT have legitimate claims on the land (and that they therefor could not legislate segregated development). It must be said that ultimately, it was untenable.You can’t pacify majorities forever. They will revolt.
.
Ed: Not only are you the leading Musician but becoming the leading activist, do you see yourself as a civil rights leader?
Steve: Yes, I see myself as a civil rights activist. I was always one, even when agitating for the New SA. But the new narrative of unity blindfolds us to the plight of minorities. So, while SA problems greatly concern me, I am prioritising the survival of my tribe and its culture. I have similar concerns for the Indian and Coloured citizens who are outbussed by Black social engineering, then out-voted and elbowed from the workforce with vile skin-based policies of BEE,PP,AA,EE, quotas and ‘representivity’.
.
Ed: How much do you think your art has helped spread the word of the Boer people s plight?
Steve: As one of the top-selling artists in South Africa I have a podium, 4 shows per week for 25 years gives me great access. My career in arts also cannot be regulated to death and I cannot be scripted on stage. I say what I want. Like you, I get plenty criticism, also from liberals in my own tribe, but my career is largely unscathed.
.

Ed: Do you see yourself hitting America and do you see a possible White Afrikaans Boer rights tour here or in Africa?
Steve: My tours are music tours, not activism. I do use 8 minutes of my 90 minutes on stage with a huge impact-moment solely for my cause. My belief is that I use my music to gain ears for my cultural campaign, not to do activism to sell CD’s.
.
Ed: Are there other artist on board and if so can you name a few locally and world wide?
Steve: Overall, artists are terrified to be seen making ‘anti-transformational’ noises with me. But Bok van Blerk, Adam Tas, Sunette Bridges have been known to be vocal. But then, causes are mostly voluntary. It would be great to meet up with Tattoo Billy in the US. Who performs on the night is a choice I will leave up to the organizers as they understand the market and venues. I’ll go to great pains to meet up with you guys!
.
Steve Hofmeyr,
South Africa

Below is one of Steve Hofmeyr most recent videos

Ed: I asked Frans Maritz of WHISNews21 to publish this interview with Steve Hofmeyr and to comment on it too, below is his personal comment.

Frans: I believe the future of the white tribe in South Africa is to band together as the mighty Boer Nation. The same Boer Nation that fought against the British in the Anglo Boer War, the same Nation that has earned their place in history by showing the world the courage and self determination of a proud people. Somehow I have always believed that the cause, may be lost if there is a division in a minority being the Boer and the Afrikaner. Steve Hofmeyr could be a great leader, and I have the utmost respect for him, he is a brave and fearless fighter for the Afrikaans people, but he may in my opinion be doomed to failure, if he does not heal the drift between the Boer and the Afrikaner people. The Boer and Afrikaner are desperate for a leader to unite them as one nation under the Vierkleur. My advise, for what it’s worth is to go back to our roots and start building from there, stand as one nation, the one that still owns the Republics of the Transvaal and the Free State, the Boer Nation. If that happens, I believe then and only then, we can move forward as one. If not, nothing will change, for our enemies are far too strong, powerful and ruthless for a divided people, as we are now. – Frans Maritz

Here is a bonus video of another very well respected,

and famous singer from South Africa,

No Comments to South Africa's Most Popular Superstar Interviewed In USA