The Ballade Of Big John Trimble On WHISNews21 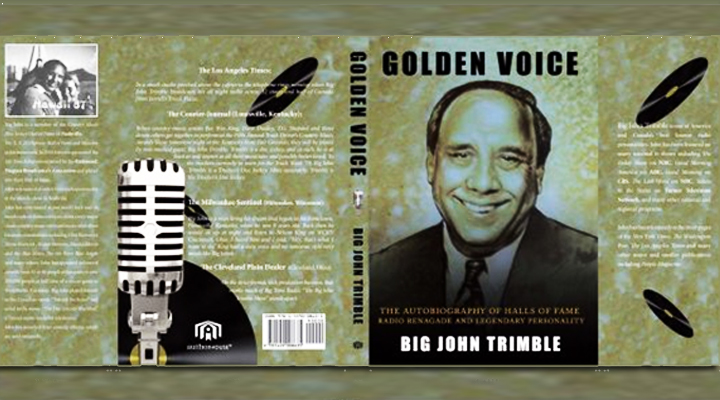 From coast to coast, from the Deep South to the high north country of Canada, generations of radio listeners at home – and many, many more truckers driving big rigs – knew him simply as “Big John.”
He is still Big John.
And more importantly, at the age of 75, Big John Trimble is still broadcasting.
Today his broadcast emanates from a studio in Varina, conveniently situated in his backyard. Few of his neighbors know that a bona-fide member of the Country Music DJ Hall of Fame lives among them, much less anchors his broadcasts out of their neighborhood.
“We’re going to do this song for Lois in Richmond, Virginia, who wanted to hear anything by Tammy, Tammy Wynette,” Trimble booms, his deep voice still beautifully intact.
Big John, who is 6 feet 2 inches tall and once weighed over 220, picked up his name when he worked at a station where several of the DJs were named “John.”
To distinguish them, they picked up nicknames. Because he was bigger than the other Johns, he became “Big John.”
That means his moniker didn’t come from the classic country song, though lots of people think otherwise. Even the late, great country singer Jimmy Dean, who also formerly lived in Varina, thought it did, and he took the song to No. 1 on the Billboard chart. (This was 1961, pre-sausage.)
Nope.
“Sorry to pop his bubble,” Trimble says with a laugh.
Big John once held sway at some of some of the country’s most powerful radio stations including Richmond’s 50,000-watt giant WRVA-AM in its heyday.
He also broadcast from some of the nation’s biggest truck stops, including Jarrell’s at Doswell in Hanover County, when it had the reputation of being the busiest truck stop in America.
He became a national celebrity at Jarrell’s, broadcasting to truckers on his overnight show for 18 years. The Washington Post, People magazine and The New York Times did stories on him, as did countless other publications.
Big John says he had his television moment when he was featured on a segment of “CBS This Morning,” the network’s early-morning show.
Over the years, the honors have piled up. Country Music DJ Hall of Fame in Nashville. Richmond Broadcasters Hall of Fame and a lifetime award. Country Radio Personality Award by none other than the governor of Washington. Golden Voice Award in Nashville.
Things are less glamorous these days. The Big John Trimble show today is strictly a mom-and-pop operation. Trimble and his wife Jean sell the advertising, lease airtime and set their own programming. He says there no big money in it, and some months they operate at a deficit.
But Trimble is still deeply committed to delivering a high-quality, personality-driven radio show.
Local listeners can hear him from 6 a.m. till 9 a.m., Monday through Friday on WCLM, 1450-AM. But many of his listeners follow him on the Internet at bigjohntrimble.com, which broadcasts current and archived shows, 24 hours a day.
Corey from Louisiana, a former truck driver, called in recently to one of Big John’s broadcasts to reminisce about Trimble’s days at KWKH, a 50-000-watt station in Shreveport, La., on the Texas border.
During a short segment of that same program, calls came in from Madison, Wis., and from West Virginia.
That’s not unusual. Callers connect from every part of the nation nearly every day.
“I could never do this without the Internet,” Trimble says. He notes that one of his children has a computer technology degree and keeps the electronics humming.
Local musicians also continue to drop in at Big John’s studio to pitch songs, or talk about their careers.
But it’s nothing like it was at Jarrell’s.
“One night I showed up at the truck stop to find Willie Nelson and Leon Russell waiting for me,” Trimble says.
“Willie said, ‘We only have a few minutes, hoss, but we wanted to say hello.’ They enjoyed sitting around, talking with truckers. We took calls from listeners who were calling in from all across the country. They stayed for the whole show.”

Big John hosted his first radio show in 1955, at the age of 14, in his native Paintsville, Ky. He played rock ‘n’ roll and rockabilly, including music from black artists such as Chuck Berry, Little Richard and the Platters.
Some people didn’t like the fact that Trimble was playing black artists, but he’s always believed that people are people no matter their color or creed, or their taste in music.
“I was always taught to respect every human being, not try to put people in boxes or bags. Unfortunately, that’s what society does so much,” Trimble says.
Jenny Jusell, a former longtime traffic and news reporter in Richmond, became acquainted with Big John after he left WRVA in the period when it became all-talk radio.
He was broadcasting at WXGI-AM, a former country station (it later switched to sports radio), when Jusell became his occasional comic sidekick as she delivered traffic reports.
“I always respected and enjoyed John, and I think he felt the same way about me,” Jusell says. “You have to have the right chemistry or it doesn’t work.”
Lee Harris, who writes country songs with his band Country Sunshine and plays them as part-time DJ at Richmond-based independent station WRIR, 97.3 FM, says he has listened to Big John for as long as he can remember.
“He’s from a lost era of iconic country DJs,” Harris says. “Everybody seemed more human, less polished then. They became friends with their listeners. [Big John] has a loyal following.”
Trimble says radio, like many mediums, has changed dramatically, in its business model and in its programming.
“Radio today,” he says, “is one of three things: talk-show hosts and listeners yelling at each other, preachers trying to get into your pocket, or computers playing music. Personality radio, like real country music, is gone.”
On the other hand, few people can say they love their work.
“I’m happy,” Trimble says. “I could do this forever.”
Then his phone lights up with another caller.
By Gary Robertson | Photos by Amber-Lynn Taber

No Comments to The Ballade Of Big John Trimble On WHISNews21