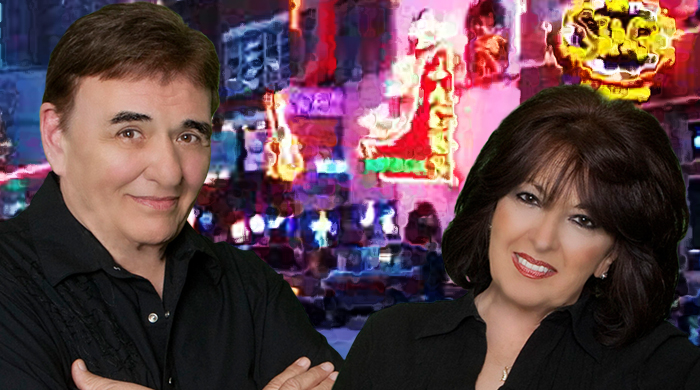 Allen Karl Talks About The Events of the Past 2 Months

I had a great time in Nashville in June because it was my first time being part of the Songwriters Festival on Music Row. I was also made the Grand Master of that three day event. We had a ball as Donna Cunningham, Bobby G. Rice, his wife Alice and myself went from location to location on Music Row performing for lots of wonderful country music fans.
On Monday we had studio time booked for Bobby G. Rice to put some finishing touches on his next CD release, “Is This The Way You Say Goodbye.” Man, I love that song. I believe that it will be a big hit for him. After Bobby G. was finished in the studio, Donna and I started working on a couple of our new songs, one of which could possibly be our next single CD release.

Each of our days in Nashville were filled with wonderful things to do, like having lunch with the legendary Jim Ed Brown. He is always a very interesting man to spend time with. He showed us a really cool place to eat called, The Puffy Muffin. Donna and I had to be careful of how much we ate because we needed to get back to work at the SMS Studios that afternoon. I say work but when you’re working in the studio with engineer and producer, Mike Shrimpf, it is really too much fun to call it work. The studio is where Donna and I create our wonderful music and we are both very fond of that atmosphere. We are also very fond of Bobby G. and Alice Rice. We enjoy meeting with them every chance we get, like we did after we left the studio that night. We went to Calhoun’s for supper and Bobby G. kept us laughing with little to no effort on his part. I bet you didn’t know that Bobby G. is a very funny man.

The next morning we attended the R.O.P.E. breakfast where we sat in the circle of entertainers with Marty Martel, Jim Ed Brown, Jan Howard, Jean Shepard, Charlie Pride, Jimmy Fortune, T.G. Shepard, Kelly Lang, Jeanne Pruitt, Helen Cornelius, Bobby G. and Alice Rice, Lulu Roman, Tommy Cash, Razzy Bailey, Bill Anderson and so many more. It was just a wonderful social get together as we all listened to the great Mel Tillis entertain us. What A day. At the end of the breakfast, we had a special event with Helen Cornelius signing the recording contract with Century II Records with Jim Ed Brown looking on. Helen is such a wonderful talent and a very special person.
Later that day we had a meeting with Razzy Bailey about also signing with Century II Records. So it looks like he could possibly be the next super star on the Century II Records label. With more recording at SMS Studios and meetings with Bobby G. and Marty Martel, we filled up the rest of the week.
On the 15th of July we were back in Nashville with a lot to do and people to see. One of my favorite western clothing stores in Nashville is located in the Opry Land area, called Trail West. So while we were there looking at the new shirts we met Kenny Earl, an entertainer that gave us tickets to his show Wednesday night to see Kenny and the Crooners. Well, let me tell you, if you ever have the opportunity to see them somewhere, you really will be glad that you did, they were terrific.

The rest of the week was filled with meetings with David Church and his wife, Terri, our promoter, Gene Kennedy, our publicist, Marty Martel and studio time at SMS Studios where we were finishing two songs called, “I May Not Love You” and “Storms Never Last.”
We also took time to visit a popular place in Nashville called the “Gold Rush” where many country music videos were made. I shot my video “Butterflies” there and others like Willie Nelson and Brad Paisley made videos there as well. That week we went to the Grand Ole Opry with Jim Ed Brown and visited his dressing room with him and Jett Williams, Ricky Scaggs and Jeanne Pruett. Jeanne Pruitt was celebrating her 40th anniversary of being a member of the Grand Ole Opry. We had lots of fun with them backstage. That night Jim Ed Brown sang his Century II Records release, “In Style Again” and he never sounded better. The whole place went wild over him.

Donna, Bobby G. and I also did a benefit show for a little boy that needed his fourth kidney transplant. It made us feel good to do something that gives back in an industry that has given us so much. We love Nashville and of course we always appreciate and love our fans and with God’s help, we’ll be able to do what we do for a long time to come. I want to thank all the country DJs and Program Directors that play our music and the music of all of the artists on Century II Records. Until Next time, stay safe, be good to others and keep your heart filled with love.
Allen Karl