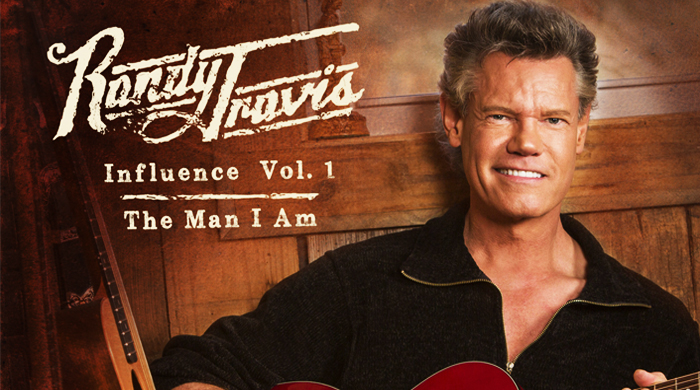 RANDY TRAVIS TO RELEASE NEW ALBUM INFLUENCE VOL. 1: THE MAN I AM

Nashville, Tenn. (August 26, 2013) – Multi-Platinum and seven-time GRAMMY winning icon Randy Travis is set to release his 21st studio album October 1st on Warner Bros. Records titled Influence Vol. 1: The Man I Am. Travis and his music has been a major influence to other country artists throughout his celebrated career thus far. In his new album, Influence Vol. 1: The Man I Am, Travis looks back at some of the songs and artists that were instrumental in crafting his musical career, including Merle Haggard, George Jones, Lefty Frizzell, among others. After releasing his 25th Anniversary Celebration album and going back through his repertoire of collaborations with artists including Zac Brown Band, Kenny Chesney, Don Henley, Alan Jackson, Jamey Johnson, Josh Turner, George Jones, Kris Kristofferson, Tim McGraw, Willie Nelson, Brad Paisley and Carrie Underwood, Travis reflected on the icons and their music that have inspired him over the years.

“When I think of my musical heroes of yesteryear, or the younger stars of this year, I am reminded that it is true we learn from the ones ahead of us, and teach the ones that follow.  They are the reason I chose to make this album,” says Randy Travis.   Earlier this year, Travis released a duet with Joe Nichols paying tribute to his longtime friend, George Jones, titled “Tonight I’m Playin’ Possum,” which he debuted at the 2013 CMA Music Festival in June.

Songs on Influence Vol. 1: The Man I Am include:

13. Tonight I’m Playing Possum (Duet With Joe Nichols) Songwriters: Keith Gattis Original Performer: Randy Travis Year Released: 2013 Warner Bros. Records has been home to Randy Travis for the majority of his recording career; and together they have accumulated lifetime sales of his music in excess of 20 million units to date.

Travis is one of the biggest record sellers in music industry history, with 18 No. 1 singles, 29 Top 10 chartings, certification of the rare quintuple platinum album (Always and Forever, released in 1987), one triple platinum album (Storms of Life, released in 1986), two double platinum’s (Old 8×10, released in 1988, and No Holding Back, released in 1989), eight platinum albums, and 10 gold albums. In 2011, Travis released 25th Anniversary Celebration, marking his phenomenal silver milestone in the music industry, and included a star-studded cast of collaborators. Major industry career awards include seven GRAMMY Awards, five Country Music Association Awards (CMA), 10 Academy of Country Music Awards (ACM), 10 American Music Awards (AMA), two People’s Choice Awards, and eight Dove Awards from the Gospel Music Association. He is a three-time recipient of CMA Award’s “Song of the Year’’ honors (“On The Other Hand,” “Forever and Ever Amen,” and “Three Wooden Crosses”). Randy Travis has appearances in more than 40 feature film productions and major television projects to his credit. In 2004, he was honored with a Star on the Hollywood Walk of Fame. In the midst of every major career award and accolade, he considers his honored induction as a member of the famed Grand Ole Opry, in Nashville, in 1986, as a shining highlight of his legendary accomplishments. Travis’ latest digital single release “Tonight I’m Playin’ Possum” was recorded as a tribute to the late George Jones, and included two versions; a Travis only version and a duet collaboration with Travis and Joe Nichols.

Country News Comments Off on Randy Travis To Release New Album: Influence Print this News
The Old Typewriter Did Not Need Any Batteries (Newer)
(Older) Barbara Rainey Quotes Cowboys And Their Pride