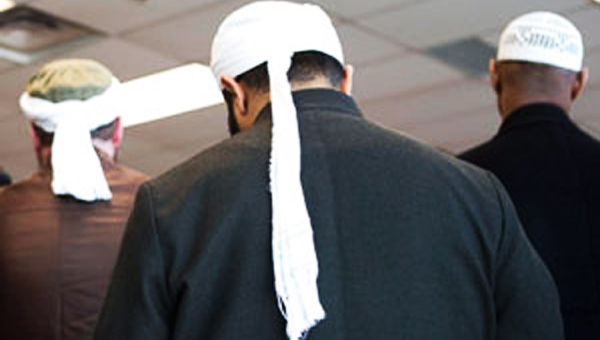 Johannesburg – Security officials have been monitoring the training of al-Qaeda militants in South Africa for several years but have not taken any action despite incriminating evidence, it emerged on Monday.

A report by the Daily Maverick, based on a year-long investigation, shows that the police’s Crimes Against the State specialised unit as well as the State Security Agency are aware of the military training camps.

The camps are in three locations in South Africa: the former apartheid police base at Vlakplaas, a secluded farm in the Klein Karoo and another location in the Eastern Cape.

The police’s investigation into the camps was called Operation Kanu.

British and US intelligence agencies have apparently pressured the South African government to act on any possible Muslim terrorist threats but so far little action has been taken.

The Vlakplaas base is linked to the well-known Dockrat family and a mosque in Laudium outside Pretoria.

The Dockrat family have repeatedly denied links to al-Qaeda.

Pretoria – When an alleged mastermind of al-Qaeda attacks on US embassies was killed in East Africa, officials said he was carrying a fake South African passport – refocusing attention on warnings that corruption in South Africa is being exploited by terrorists.

Security experts have been warning for years that corruption in South Africa is allowing terrorists to get documents to hide their identities and make it easier to travel.
Home affairs director general Mkuseli Apleni told reporters on Wednesday there have been improvements, but said more needs to be done.

He said the passport found with terror suspect Fazul Abdullah Mohammed is a copy of the easily forged passport South Africa no longer produces, but which many South Africans still carry.

Apleni and a security aide who appeared with him at a news conference on Wednesday said it was unclear where the fake passport was produced, or whether Mohammed had ever been in South Africa.

Mohammed, a native of the Comoros, was killed last week in Somalia. US officials had offered a $5m reward for his capture, accusing him of planning the August 7 1998 embassy bombings in Kenya and Tanzania that killed 224 people.

Scott Stewart, a former intelligence agent with the US state department, said South Africa is a place where “you could show up, give the right guy several hundred dollars, and walk away with … a passport.

“Terrorists will take advantage of the corruption,” Stewart said in a telephone interview. ‘No fake new passports’
Stewart, now with the US-based global intelligence company Stratfor, said terrorists who plotted in 2006 to blow up trans-Atlantic airliners leaving London’s Heathrow airport used fake South African passports to enter Britain from Pakistan, even though they were British.

The fake passports allowed them to hide visits to Pakistan that could have raised suspicions, Stewart said. In 2009, three Britons were sentenced to at least 30 years in jail in the Heathrow plot.

Apleni said Britain’s visa decision led to changes in South Africa, including a switch to passports implanted with electronic chips and other hard-to-fake features.
“Our new passport has never been faked,” Apleni said.
He said as a barrier against corruption, officials who issue passports have not been told all of its new features. He said officials have not seen “our people selling our new passports”.

‘Corruption is our weakest link’

But Apleni said it will be two to three years before all South Africans are issued with new passports. He also said steps to ensure the authenticity of birth certificates and other documents used to apply for the new passport are still in their early stages.

Anneli Botha, a counter-terrorism researcher with South Africa’s independent Institute for Security Studies, said corruption, not sympathy for terrorists, was behind the problem in South Africa.
“You can have the most sophisticated measures in place, but you’re only as strong as your weakest link,” she said in an interview. “And corruption is our weakest link.”

Botha commended Home Affairs Minister Nkosazana Dlamini-Zuma for making it clear that corruption would not be tolerated. Dlamini-Zuma has suspended dozens of officials accused of issuing fake documents and staged surprise raids on passport offices.

Stratfor’s Stewart recommended conducting background checks on people with the authority to issue passports, and following up on any suspicions.
“What kind of assets do they have? Do they have unexplained wealth?” Stewart said. “It’s almost like taking a counter-intelligence approach.”

– AP
Reports From News24
.
Not one Liberal will open his or her mouth about this as they are too scared or afraid of criticizing
the wonderful democratic South Africa
Uncategorized Comments Off on Al-Qaeda training camps in South Africa – report Print this News
Raye Still Sticking To His Story After All These Years (Newer)
(Older) Tom’s Real Country Top 200 Chart May 14, 2013