S. Africa DA: Gauteng Must Do More In Farm Attacks 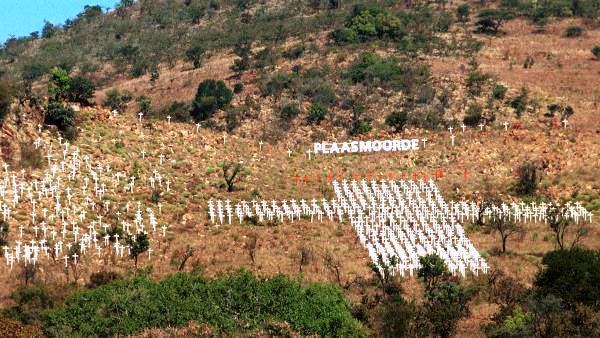 South Africa Genocide: Gauteng government must prioritise safety in the rural areas in order to stop attacks on farms, the DA said on Thursday.

“The study showing that Gauteng is the most dangerous province in the country in terms of farm attacks again underscores the urgent need to prioritise rural safety in Gauteng,” said Democratic Alliance MPL John Moodey.He said Gauteng premier Nomvula Mokonyane must back the DA’s rural safety policy as a blueprint for ensuring the safety of all people in rural Gauteng.The DA policy proposed formation of:- a specialised rural safety division within the police;- a rural intelligence centre to monitor criminal activity;

– rural reaction units to respond to crimes; and

According to a new book released on Thursday, Gauteng was the most dangerous province in the country in terms of farm attacks.

Nearly 20 percent (about 663) of the 3319 farm attacks recorded in the country between 1990 and 2012 occurred in Gauteng, according to publishing company Kraal Uitgewers.

Within the rest of the country, 15.3 percent of attacks happened in Mpumalanga, 15.2 percent in the North West, and 12.7 percent in Limpopo.

The Northern Cape was the safest province, with only 1.6 percent of farm attacks happening in the province.

The study is included in a book called “Treurgrond: Die Realiteit van Plaasaanvalle” [Place of Sorrow: The Reality of Farm Attacks] 1990-2012, released on Thursday.

Kraal Uitgewers said the figures were based on the number of attacks in each province, and were not related to the number of residents or the number of farms or smallholdings in the provinces.

The study found an average of three attackers were involved in each case. In some attacks there were as many as 10 assailants.

According to the book, 42.6 percent of farm attack victims were aged 61 or older. People 51 and older represented 62.7 percent of all victims.