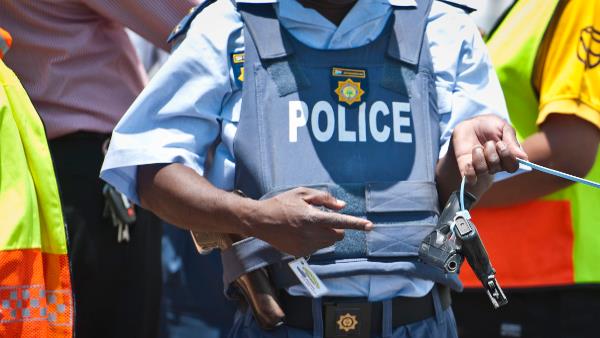 A policeman was caught red handed when his immoral dealings were caught on camera, reports say.

The East Rand policeman has been caught on video taking money from a man on whom a policewoman then performs a sexual act for money, it was reported on Friday.The video was recorded in a parking lot near the East Rand Mall, in Boksburg, at 3am on Saturday, Beeld reported. A copy was sent to the police on Thursday.

Lt-Col Katlego Mogale told the newspaper she and senior police officials had seen the video, and were deciding on the most appropriate course of action.

According to Beeld, the 20 minute video shows a Boksburg North police station vehicle drive into the parking lot, followed by a BMW.

A uniformed policewoman gets out of the BMW, followed by the driver.

The policeman reportedly climbs out of the police vehicle and waits for the driver to withdraw money from a nearby Absa ATM. The man hands banknotes to the policeman.

Beeld reported that the policeman is shown driving out of the parking lot and stopping at the roadside.

In the parking lot, the policewoman talks to the motorist, then helps him unzip his trousers and performs a sexual act on him.

He then gives her money, after which she runs across the parking lot to the waiting police vehicle.

According to the newspaper, the motorist watches them leave, zips up his pants and drives off in the opposite direction.