Irene and the Squatter Camps: The Rest of the Story 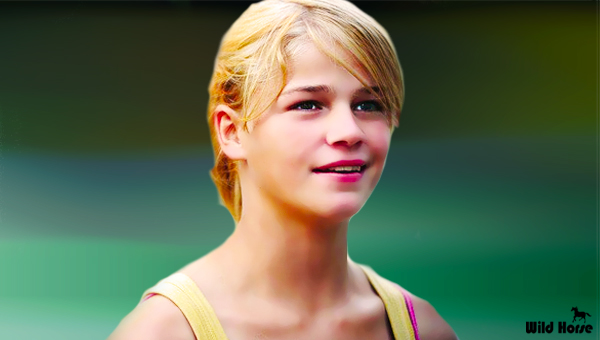 Irene and the Squatter Camps:  The Rest of the Story

By now the world knows Irene van Niekerk, the 15-year-old, beautiful, charming, innocent Afrikaans runner without toes lives in a White squatter camp near Pretoria.  Through the initial efforts of Wildhorse Entertainment, WHIS News 21, Irene’s story has gone viral.  People all over the world are emailing me, asking how they can help.  This is truly an answer to prayer and I am so grateful for this outpouring of compassion.  Perhaps it is time to tell the rest of the story.

My name is Skip Moen.  I am a professor of theology at Master’s International Divinity School in Evansville, Indiana in the United States.  Unlike most professors, I decided some years ago to take the show on the road, and now I teach all over the world, traveling more than 100,000 miles a year.  A few years ago, at the request of some very wonderful women in South Africa, I started coming to this country to teach.  South Africa is now a regular three-times-a-year stop on my world travels and I have found the people of this country gracious, engaging and hungry to hear about the deeper things of the Bible.  I maintain my own non-profit charity organization (it’s pretty small) called “At God’s Table” where I write a daily column about the Hebraic biblical worldview.  If you’re interested, you can take a look at skipmoen.com.

While I was in South Africa two years ago, Martin de Jager introduced me to Lourens Groenewald, a man who once lived in the camps and has now dedicated his life to helping those still there.  Lourens took me to see the camp where Irene lives and that’s how I meet Irene and her family.  As soon as I met Irene, I knew that this young woman was a human-interest story that might shed light on the much bigger problem of the poor White in South Africa.  Just to set the record straight, that does not mean that I do not recognize the terrible conditions of all the races in South Africa.  Anyone who knows me would know that I have worked with impoverished people all over the world, from Honduras and Haiti to Ethiopia.  Poverty knows no racial boundaries and neither should compassion.  But Irene made it clear that the poor White of South Africa are generally a hidden problem.  When I spoke to groups in cities all across South Africa, few people even realized that more than 600,000
White people live in these camps.  I knew I had to do something.

Then I read Poor White by Edward John-Bottomly, a carefully researched expose on the enormous problem and its long history.  The more I investigated, the more I discovered a world kept out of sight for political reasons.  That’s when I wrote the first article about Irene and posted it to my own web site for my readers around the world to see.

As a result, I began a fund to help Irene.  My readers gave to help Irene and we set up a sub-account in South Africa in order to provide for her running equipment, transportation and entry fees.  We took care of some medical bills and told her parents that we would do what we could to directly pay for expenses associated with her athletic efforts.

I have worked among the poor for a long time and I know that giving cash to people in these situations often leads to further problems so we carefully established the means to cover expenses directly to the organizations, not to the parents.  We were also very cautious not to make Irene a celebrity since that can also be dangerous for her.  When people live in survival mode they sometimes harm those who seem to be lifting themselves above the rest.

Somehow this modest beginning reached Wildhorse Entertainment WHIS News 21 and they ran the news story about Irene.  The rest of the story is the explosion of interest in this girl.  I hope it will not be a “15 minutes of fame” episode because the real story is much, much bigger than Irene.  In fact, I hope that all this interest in Irene will become the springboard for a worldwide recognition of the reverse racism that is happening in South Africa.  I know this is not “politically correct,” but does that really matter when the lives of people like Irene are in jeopardy?  There are hundreds of Irene’s, perhaps thousands, with this story of abuse, government neglect and official invisibility.  Can South Africa be truly a rainbow nation with a hidden stain like this?

Michael Savage once said that there is a “statute of limitation on compassion.”  I hope he is wrong.  I hope that now that the world knows Irene, it will also get to know the other young men and women, Black and White, who suffer under government policies designed to keep them in poverty while keeping the politicians in power.

I am a biblical scholar who knows that God does not smile on this tragedy.  I just did what I could, and if that’s all that everyone did, all of the Irene’s in South Africa would have a real chance to live their dreams too.

Luzette Wessels volunteers to help At God’s Table in South Africa.  There is no paid staff at my small charity and without Luzette nothing would have ever happened in South Africa.  If you want to help us help Irene, please contact Luzette at Luzette@gcs.co.za

But remember that she is only one person trying, like me, to change the world for good.

Today’s National News Paper The Beeld, Afrikaans, The English Newspapers do not seem to be carrying the story

How Can We Help Comments Off on Irene and the Squatter Camps: The Rest of the Story Print this News
Judy’s Notes: From Singer, Songwriter, Judy Welden (Newer)
(Older) Tom’s Real Country Top 200 Chart April 30, 2013

No Comments to Irene and the Squatter Camps: The Rest of the Story