Country Takes a Back Seat As Usual, Who Cares? 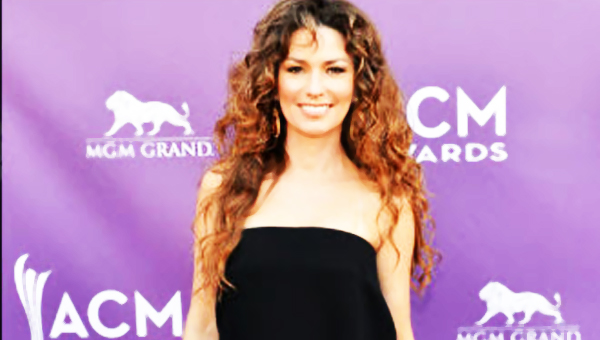 Miranda Lambert  took home three trophies Sunday night (April 7) — the most of any fellow nominees — including her fourth consecutive win for Female Vocalist of the Year. The live broadcast was a night of firsts for a few of Miranda’s buddies, though, including Luke Bryan who stakes claim to the ACM Awards’ biggest honor, Entertainer of the Year, in what was his first time ever being nominated in that coveted, fan-voted category.

“Thank you guys so much, [my] fans for doing this,” the “Crash My Party” singer said upon accepting the trophy, choking back tears. “Thank you so much for making my life what it is. What I always wanted to be was just a country singer who got to ride on a tour bus and play music every night. Everyone I opened up for: Jason Aldean, Tim McGraw, Kenny Chesney — I just started headlining — every guy I’ve watched from the side of the stage and tried to become a better entertainer. This is the defining moment of my life, and I’ll never take it for granted.”

Jason Aldean has his first win in the ACM Male Vocalist category, while Little Big Town has their first ACM Vocal Group and Video of the Year victories. Eric Church’s Chief follows its CMA win with an ACM win for Album of the Year. Miranda and hubby Blake Shelton also have duplicate CMA-ACM wins, as their touching tribute to Blake’s late brother, “Over You,” was the winner for Song of the Year once again. The tune also won Single of the Year for Miranda and her producers.

Hopefully anyone who criticizes current country music as being too pop saw the first hour of the show. Blake kicked it all off with a country bang with his new single, “Boys ‘Round Here.” He was joined by his ACM co-host, Luke Bryan on the down-home country song, along with Sheryl Crow, Pistol Annies, Gwen Sebastian and Brad Paisley. The latest hits from Kenny Chesney Brad Paisley, George Strait, Eric Church, Florida Georgia Line and Lady Antebellum kept the country momentum flowing until the first award of the night — which came some 48 minutes into the show — Vocal Duo of the Year, which went to Thompson Square for the second consecutive year.

As the actual award presentations only took up a small fraction of the show, most of the three-hour broadcast was dedicated to great live music. The Band Perry, Jana Kramer, Jason Aldean, Luke Bryan, Little Big Town, Brantley Gilbert, Miranda Lambert and Hunter Hayes all performed their latest radio singles on the show. Carrie Underwood gets props for the biggest prop of the night, driving a car onstage for her dark song, “Two Black Cadillacs.” And in addition to the opening number, there were some fantastic musical pairings on the broadcast, including Brad Paisley and John Mayer on Brad’s new song, “Beat This Summer,” and Tim McGraw, Taylor Swift and Keith Urban on Tim’s latest single, “Highway Don’t Care.” Marking their first time ever performing live together, Garth Brooks and George Strait did a medley of their hits in tribute to late media icon, Dick Clark. Living legend Stevie Wonder closed the show, first singing with Hunter Hayes and then with co-hosts Blake and Luke, as the entire audience sang and danced along.

See a full list of 2013 ACM Winners and nominees below, with winners in *bold.