Satan is Attacking the Mini Series “The Bible” 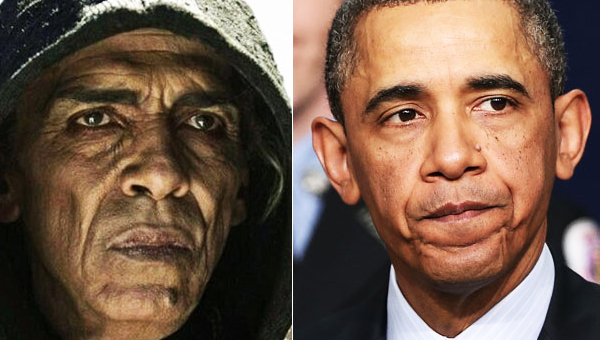 It seems as though the History Channels Mini Series “The Bible” is way to popular for the non believers and now they are starting to throw insult after insult at the mini-series. The latest being that the person who plays the part of the devil, looks like Obama. This is done to get the Obama supporters to boycott the mini series. Then they are calling some parts of the series racist, because they say that, most of the good guys are white and most of the bad guys are black. Well that is what they the liberals are saying. As I have not seen the series I cannot comment on that, what I can say is that Fox showed a preview of the show and I saw that “Samson” is portrayed as black. Should I cry racist here as I always thought Samson was white or maybe dark of complexion, but not portrayed as a man from Zimbabwe or one of the African countries so far from Israel. All I can say is that I am looking forward to viewing the series when it eventually comes to the African screens, and it will not matter to me who is black and who is white but some of the people, do have a problem with that, and I wont name them for fear of victimization. It does seem that they are against the series period, and are now using everything they possibly can to discredit the series. It is with great happiness in my heart that I know, that the History Channels “The Bible” is a winner and no matter how much negative comments the devil is trying to throw at the series the devil has lost this battle.

Dr. Andrew Vaughn, executive director of the American School for Oriental Research located at Boston University and an expert in the Hebrew Bible, told The Christian Post that while Samson was probably not black it is a minor issue. “Historically, the Bible describes Samson’s parents as Israelites from the tribe of Dan, so it is unlikely that the historical Samson would have been so dark-skinned. However, for the purposes of the mini-series, I did not find the skin color to be important,” said Vaughn.
The one thing that is a problem is that if people cannot relate to the characters as being true to the Bible then people may doubt that the story told in the series could also be altered to suit the times we live in. I know we live in a multiracial society but you cannot make a snowman Black just because you need to be politically correct.
Column written by Brad Shawson 19 March 2013
Uncategorized Comments Off on Satan is Attacking the Mini Series “The Bible” Print this News
No Emails Are Being Sent Out from info@wildhorse.co.za (Newer)
(Older) Dont Crawl Back 2 Bed Ways 2 Beat The Blues

No Comments to Satan is Attacking the Mini Series “The Bible”