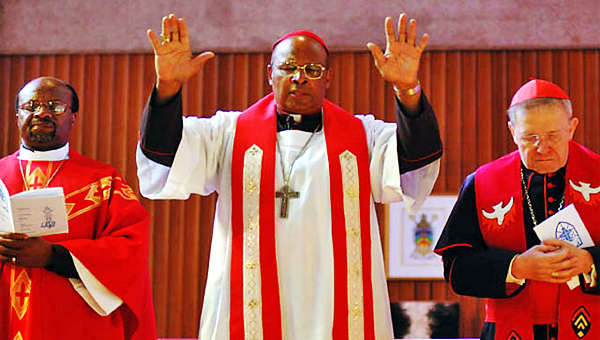 Rome – South Africa’s Cardinal Wilfrid Fox Napier has sparked a new controversy for the Catholic church after describing paedophilia as a psychological “illness, not a criminal condition”.

Napier told the BBC that people who were themselves abused as children and then abused others needed to be examined by doctors.

In recent years, the Catholic church has been dogged by scandals over clerical sex abuse and the institution has come under fire for what many view as its inaction over the matter.

In an interview on BBC Radio 5 live, Cardinal Napier said paedophilia as “a psychological condition, a disorder”.

“What do you do with disorders? You’ve got to try and put them right.

“If I – as a normal being – choose to break the law, knowing that I’m breaking the law, then I think I need to be punished.”

The Durban cleric said he knew at least two priests, who became paedophiles after themselves being abused as children.

“Now don’t tell me that those people are criminally responsible like somebody who chooses to do something like that. I don’t think you can really take the position and say that person deserves to be punished. He was himself damaged.”

But Barbara Dorries who works for the Survivors Network of those Abused by Priests and was herself abused by one, told the BBC: “If it is a disease that’s fine, but it’s also a crime and crimes are punished, criminals are held accountable for what they did and what they do.

“The bishops and the cardinals have gone to great lengths to cover these crimes to enable the predators to move on, to not be arrested, to keep the secrets within the church.”

Another victim of abuse told BBC: “I think it is appalling that we have a cardinal, a man at this level in the church that can still hold these views. He is totally ignoring the child.”