Does SNL Parody Offend Christians Yes Or No ? 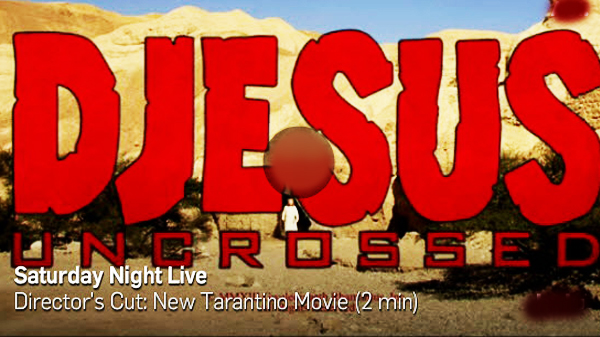 For anyone who worries that “Saturday Night Live” doesn’t take enough risks, we will kindly point you in the direction of “Djesus Uncrossed,” which puts Jesus Christ in a Tarantino-directed, ultra-violent revenge flick akin to “Django Unchained.”

The “SNL” parody is sure to offend many Christians, who may be put off by “SNL” depicting the Son of God as opting to not sit at the right hand of the Father after rising from the dead, and instead kicking the asses of those who crucified him.

The story departs from the Bible’s take of the Resurrection after Jesus — er, Djesus (played here by “Django” co-star Christoph Waltz) — leaves the cave where his body lies, and instead of ascending to heaven, he goes off to kill as many Romans as possible.

“He’s risen from the dead, and he’s preaching anything but forgiveness,” the narrator states, with images of Jesus killing Roman soldiers in the background.

Between this sketch and “Lincoln,” with Louis C.K. as a sad-sack version of the 16th president, “SNL” has been on a roll when it comes to historical martyrs inserted in modern entertainment parodies.

General News Comments Off on Does SNL Parody Offend Christians Yes Or No ? Print this News
Marty Martel Prayer Line For Monday February 18 (Newer)
(Older) Your Daily Leake With Keith Bradford On WHISNews21