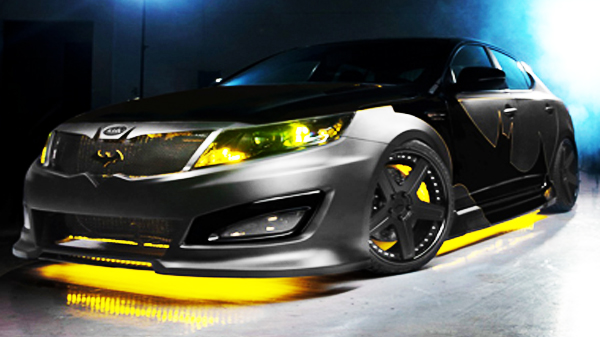 Kia Motors America (KMA) has teamed up with DC Entertainment and RIDES magazine to create a brooding, Batman-inspired Optima that goes on display this week at the Time Warner Center and signals the beginning of a 10-month partnership based on the iconic characters that make up the Justice League. Influenced by the artistry of comic book icon, Jim Lee, the Kia  Fitting for the cape crusader’s dark and mysterious personality, Kia’s range-topping Optima SX Limited wraps cutting-edge technology and premium amenities in a sleek, aggressive design customized with several unique Batman elements.

I must speak to Santa, it’s only about two months to go, I wonder if I can get a huge stocking somewhere……I love Christmas, and the Christmas season is upon us.