If This Rumor Is True, America Is Really in Big Trouble 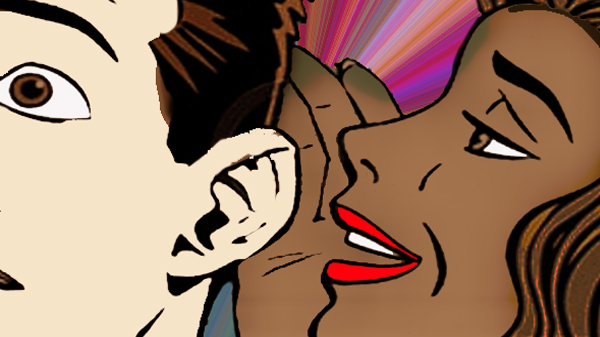 Joe Angione is a former columnist for The Villages Daily Sun:  “An Obama rumor that must never become reality. A good journalist is usually taught not to print rumors or at least never to present them as the truth. What I’m going to report here is only a rumor that presently can’t be confirmed. But it is of such magnitude that it must be made known if only to prepare America for a possible terrible eventuality. And while it has not been confirmed, neither can it authoritatively and convincingly be denied, certainly not in a United States where our Constitutional rights are under constant attack. This rumor involves an agent of the Department of Homeland Security who allegedly informed a reporter at the Canada Free Press of a “false flag” or faked event to be initiated by Obama administration operatives in the hope of preventing the November presidential elections.

Canada Free Press (CFP) is an independent, conservative, electronic daily newspaper, updated several times a day. It boasts more than 100 writers and columnists who file stories regularly to the newspaper from all corners of the globe.
According to the newspaper’s coverage of this DHS “whistleblower,” the event would be a staged assassination attempt on the life of President Obama that would be blamed on “white supremacists” and subsequently used to enrage black and Hispanic communities driving them to rioting all across the nation.
The faked assassination, says the CFP report, would be carried out through the assistance of DHS agents, and “other colluders” taking their orders from the White House. The objective would be to stir up enough racial unrest to justify the imposition of martial law in major urban cities, including erecting DHS checkpoints, restricting travel, and delaying (possibly indefinitely) the November 2012 elections.
Doug Hagmann, reporting in the May 8, 2012 edition of the Canada Free Press wrote that his informant works in “the upper-echelon of DHS”, which he described as “effectively under the control of Barack Hussein Obama.”
Hagmann’s contact said: “The DHS is actively preparing for massive social unrest inside the United States . He then corrected himself, stating that ‘a civil war’ is the more appropriate term. Certain elements of the government are not only expecting and preparing for it, they are actually facilitating it.”
The DHS whistleblower mentioned a recent meeting at the Department of Homeland Security where plans were discussed to use pawns to simulate the rioting seen in the Arab Spring countries that would bring on a “controlled chaos” for the benefit of the Obama administration.
“Envisioned by these conspirators are riots starting in urban areas such as New York , followed by a disruption of business and commerce,” the DHS source added. “They want to restrict travel, if not through high energy prices, then by checkpoints and curfews mandated by the rioting and unrest…The whole purpose is to keep Obama in office for another term, no matter how unpopular he is, as he is not finished changing our country from a Constitutional Republic.”
This certainly isn’t the first rumor to surface about Mr. Obama’s intention to subvert the U.S. Constitution, by manipulating economic, racial and social issues that would polarize Americans and bring on enormous conflict but the full measure of this contrived event, if true, involves total suspension of our democratic rights, and repression on a scale never thought possible in the America we’ve known and cherished all our lives.
It’s a rumor that bears watching…and is worth spreading because the more people who know about it–and understand the high level of deceit and treachery that confronts us daily in Washington –the less likely it is for the rumor to become a reality.
The lesson here is that if people are aware of the possibility, even remote, of some great calamity be falling them, they’re on guard…they’re prepared…their defenses are up, and those who would commit evil, will back down fearing a confrontation they can’t win.
The more we talk about the potential for a staged, bogus presidential assassination that would trigger massive civil unrest and possible martial law, the stronger is our defense against it actually occurring. The nation will be watching. Patriots everywhere will be on alert. The Obama administration will be under scrutiny more intense than ever before. It doesn’t have the guts to take on millions of Americans when we’re ready for anything.

WHISNews21: We cannot possibly confirm that this is true or not, rumors are always rumors till they either fade away or become reality. Should we publish this or should we not, that was the question I asked myself. I wasn’t sure,I asked myself again, this time hoping for an answer (lol) and then I thought, well as it is hopefully just a rumor, then it will be ignored by everyone, and soon forgotten. However, if it is perhaps not just a rumor then at least if it does perhaps happen people may think twice about it being the truth or just a setup.

Man this is very confusing…..

Uncategorized Comments Off on If This Rumor Is True, America Is Really in Big Trouble Print this News
Lonnie C. Ratliff Thoughts On Why I Wrote This Song (Newer)
(Older) Petes Weekly: Stalking, Trapping And Farming…