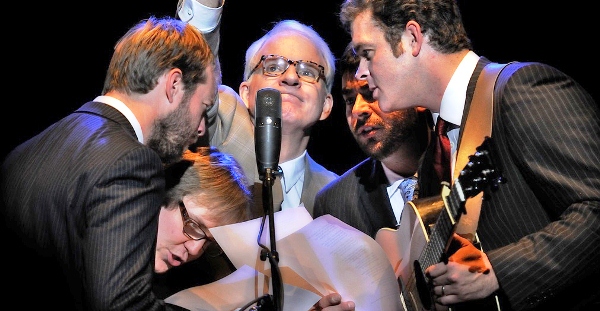 Steve Martin and the Steep Canyon Rangers, Russell Moore & IIIrd Tyme Out and the Gibson Brothers are among the first round of performers and presenters announced for the 23rd annual International Bluegrass Awards. Sponsored by the International Bluegrass Music Association, the Sept. 27 event at Nashville’s Ryman Auditorium will be hosted by Del McCoury and Laurie Lewis. The entire lineup will be announced in the coming weeks. The awards show is a highlight of the IBMA’s World of Bluegrass Week set for Sept. 24-30 in Nashville. Activities include the IBMA Business Conference and Bluegrass Fan Fest.
Posted by Keith Michaels
Country News Comments Off on Steep Canyon Rangers Returning to IBMA Awards Print this News
USA Election Coming Soon Are You Ready This Time (Newer)
(Older) The Mavericks Are Back With A Brand New Album