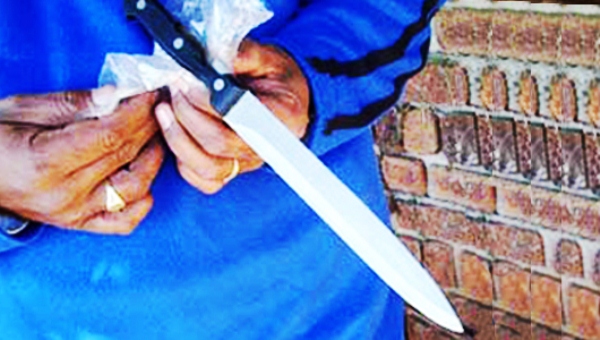 Pretoria, South Africa – A 70-year-old woman was attacked by a man this week, looking for a job as she stood watering her garden.

Zia Erasmus told Beeld how the man held a knife against her throat and told her: “Today I will fu*ki*g kill you, you white bit*h”.

The man ran away when Her husband Des, 82, pressed the panic button.

Thanks to the quick actions of the community and a security guard, the man was arrested shortly afterwards.

Erasmus told how the well-dressed man came up to her asking for work and when she said no, he asked for some water.

She turned to walk into the house to fetch him some water and the next moment he jumped on top of her and tried to rip her pearl necklace from her throat.

He also threw her against the vacuum cleaner and twisted the cord around her neck.

He tried to stab her husband but missed and the husband was able to press the panic button, causing the robber to flee.