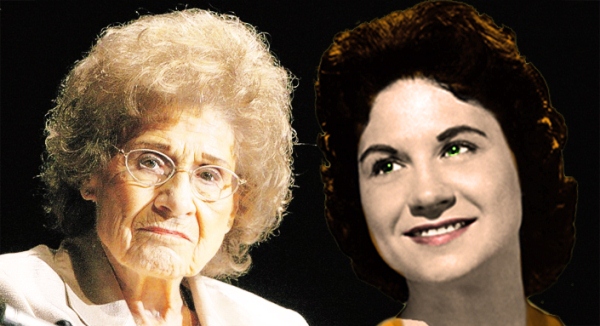 The Kitty Wells celebration of life was a beautiful experience to say the very least.  Ricky Scaggs along with The Whites sang their heart’s out and sounded like angels.  Grand Ole Opry announcer Eddie Stubbs stood proud and tall as he gave a one hour presentation that included a chronological discography and personal stories about the late Queen of Country Music.  Eddie Stubbs then asked  the auditorium of mourners to stand and give Kitty Wells the biggest applause they could give her. At times there was not a dry eye in the church.  At other times we all laughed out loud at some of the humorous stories that were being told.  The Church Of Christ in Hendersonville was packed with family, friends, fans, and curious seekers.  Ricky Skaggs and the Whites sang “I Saw the Light” as the casket was wheeled out of the church, the singer’s tearful family members following behind. The news media was present and portions of the service will be aired tonight here in Nashville.
*******
Uncategorized Comments Off on Kitty Wells Get’s Her Last Great Standing Ovation Print this News
Rhon’s Inspiration Station: Stay Away From Anger (Newer)
(Older) Video Jukebox Special Tribute To “Kitty Wells”