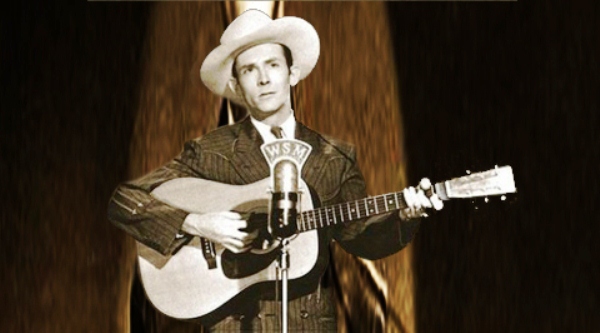 Live albums are commonplace today, but tape recording was in its infancy during country music legend Hank Williams’ lifetime. The equipment was cumbersome and tape was expensive, so very little live recording was done back then. Incredibly, two concerts performed by Williams were recorded in the months before his death and will be released for the first time as Hank Williams: The Lost Concerts Limited Collector’s Edition on October 2nd (Time Life).  The collection includes 19 tracks as well as Hank’s revealing conversations with the audience, introducing songs and telling anecdotes about his life.  As a bonus feature, a radio interview Williams did in 1951 has been added to the CD, one of very few in existence. “Just when you thought you had discovered and heard everything my dad ever did, along comes these bonus jewels in the crown of The Great One, as we sometimes refer to Hank around here,” says Hank’s daughter, Jett Williams.  “I got to know my dad first and best in the Mother’s Best sponsored early morning radio shows that aired in the early ’50’s on WSM radio.  I was so captivated with his wit and humor on these many shows.  He came alive to me.  But these were structured shows with commercial breaks while he extolled the virtues of his favorite flour miller.  In these live performances — the only two known to exist — and in this warm and in-depth radio interview, he truly springs to life.  When they were given to me and my husband, Keith Adkinson, we knew they would find a place in our ongoing partnership with Time Life…and they have.”  No live concert recordings of Hank Williams have been released until now.  In fact, the two shows on Hank Williams: The Lost Concerts Limited Collector’s Editionwere recorded by chance.  A radio DJ in Buffalo, New York, taped one of Hank’s local concerts to play back on the air. Just a few weeks later, another performance was recorded by the promoter to play to his wife, who was too sick to attend, this time in Pennsylvania. The two concerts capture Hank Williams as he’s never been heard before: live and unscripted, giving insight into the legend as an engaging, riveting performer.  They were recorded just six weeks apart in May and July 1952, and reveal Williams at the peak of his career.  His biggest hits “Hey Good Looking”,” Jambalaya,” “I Saw the Light,” “Lovesick Blues,” “Cold, Cold Heart,” and “I Can’t Help It (If I’m Still in Love with You)” are performed with a far more vibrant and intimate feel that the studio recordings, peppered by personal stories about his band members, himself, and his songs.  The album also includes the only known live recording of “Are You Walking and A Talking.”  In addition, the CD also features an extremely rare radio interview with Williams made in 1951.  It was conducted with Mack Sanders for KFBI in Wichita, Kan. on September 14, 1951. “These late night performances of full concerts allow him to dominate the stage and the crowd in a way previously unheard and unknown,” Jett Williams explains.  “He exudes the wit, extraordinary charisma and awesome talent that made him our first superstar.  He is at the top of his game and clearly demonstrates why those in attendance never forgot the occasion.  That he was at full throttle and in complete control within months of his untimely death pretty much says it all regarding his dominating entertaining capabilities. The studio recordings and juke box masters can’t touch the reality of his genius as manifested in these shows.  He was so far ahead of every other entertainer, singer and songwriter that he didn’t even know they were behind him.” Since his death in 1953, Williams has risen in popularity to become one of most iconic figures in all of American music.  In 2009, Time Life partnered with Jett Williams to release a series of vintage recordings, most of which had never been available on CD before.  The GRAMMY-nominated Mother’s Best recordings included 143 recordings released as installments over a three year period, increasing the number of known Williams’ recordings by fifty percent.   Time Life also issued tapes from his syndicated radio series, “The Health And Happiness Show”.

Uncategorized Comments Off on Hank Williams: The Lost Concerts Limited Edition Print this News
How About Supporting One Of Our IDSS Artists (Newer)
(Older) Getting Spins at Radio Stations Across The USA!