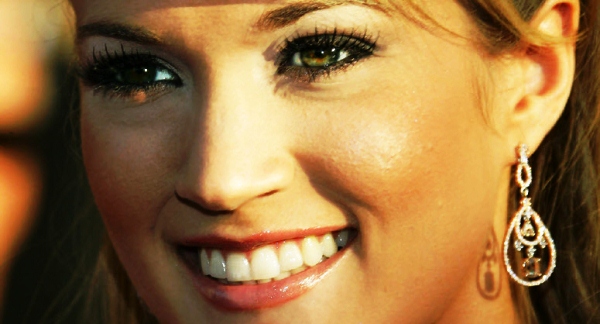 Carrie Underwood accentuated her first concert in the United Kingdom with a cover version of Coldplay’s “Fix You,” a track from the British band’s 2005 album,X&Y. Tickets to her Thursday night (June 21) performance at London’s Royal Albert Hall sold out within 90 minutes of going on sale. The concert promoted her new album, Blown Away, which was released this week in the U.K. Underwood also greeted fans Wednesday with an autograph session at the HMV Shop’s flagship store on Oxford Street in London’s West End. She travels to Australia for shows next week in Melbourne, Tamworth and Brisbane. She wraps up the tour with two shows in Sydney at the Sydney Opera House on July 2-3. Underwood appears Aug. 12 at the Boots and Hearts Music Festival in Bowmanville, Ontario, Canada, before launching her U.S. tour on Sept. 14 in Manchester, N.H.

The first country singer to win American Idol, Carrie Underwood grew up in the small town of Checotah, OK, and began singing with her church at the tender age of three. Throughout her childhood, she also performed at functions for the Lion’s Club and Old Settlers Day, eventually grading to festival gigs in several states. Along with developing her singing, Underwood learned to play guitar and piano. She graduated from high school as her class salutatorian and majored in mass communication at Northeastern State College with an eye on a career in broadcast journalism, but continued her singing career throughout her studies. As a senior just a few credits short of her degree, Underwood heard about the auditions for the 2005 season of American Idol. She tried out for the show at the St. Louis, MO, auditions, and her innocent charm and pure, pretty voice ended up winning her not only a place among the 12 finalists, but the title of 2005’s American Idol. Her debut single, Inside Your Heaven, was released that summer, and she began recording her debut album after completing the American Idols Live!tour. Some Hearts was released later that fall and became a smash hit, selling over 300,000 copies in its first week and eventually going platinum a whopping seven times. The album’s lead single, “Jesus, Take the Wheel,” was also a big success, topping Billboard’s Hot Country Songs chart for six weeks.

Acclaim for the album and single spilled over into 2006, when Some Hearts re-entered Billboard’s Top Ten after Underwood’s appearance on the 2006 American Idol finale. Meanwhile, “Jesus, Take the Wheel” won Single Record of the Year at the Academy of Country Music Awards (where she also won Top Female Vocalist); a Dove Award from the Gospel Music Association; and Breakthrough Video and Best Female Video at the CMT Awards, making her the only double winner at the event. Despite her hectic career as a country music star — which included carrying her Some Hearts tour through the fall of 2006 — Underwood found the time to finish her degree and become a spokesperson for People for the Ethical Treatment of Animals (who named her 2005’s World’s Sexiest Vegetarian). “Before He Cheats” was released as Underwood’s third single late in 2006, and became her third country number one and her fourth total number one hit. That December, she won five Billboard Music Awards: Album of the Year, Top 200 Female Artist of the Year, Female Country Artist, New Country Artist, and Country Album of the Year.