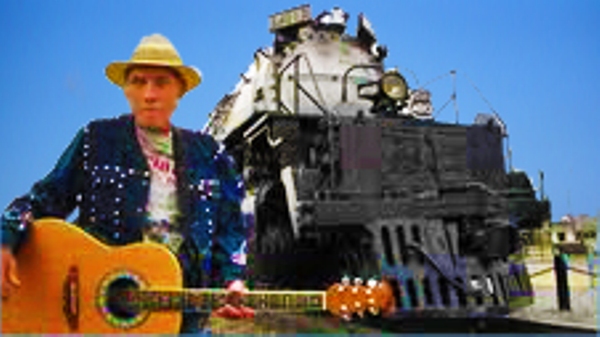 Eddie Rivers, born in Kentucky, and settled  in Pennsylvania, he  has been in music most of his life. Working hard and playing hard. he was in the rock and roll era, but slowly went into the country scene, when he saw thats where the peoples hearts were  turning to.  His first  album was named Rock Into Country with Country Stones Early into the country music, he came to Nashville to seek out some one he could trust to do him right, who would also let him sing some rockabilly sounds along with his country . He walked into Charta Records office in the late 70’s, and found that Charlie Fields, owner of Charta and a well known producer in Nashville, would let him put some rockabilly sounds on his albums. One of his single  releases being Open Up Your Door.  He would come back again and do some more recordings, never releasing them, looking for a backer to help him with his dreams.

In the late 80’s Eddie found a backer, in his hometown, together they both came down, talked to Charlie and went into the studio, to put the tracks down for the album, titled, Straight Up Country. With this album, he had promotion and did really well, on radio in the states and overseas. In 1990, Debbie Dean had set up some dates for Eddie to play in Scandanavia. So along with David Walsh and Debbie Dean, he went on to play the SCC Festival in Silkeborg Denmark,did alot of radio promotion and also a show on TV 49, with host Richard Ragnwald, and with all this in motion, a couple years later, with the help of a Danish radio dj, Dann Hansen from Roskilde,  Eddie once agan played the SCC Festival in Silkeborg, he was also again on TV 49 in Odense, he played on  Anni Filt’s TV show in Århus also. Along with other clubs in and around Denmark and Sevenbergen, Netherlands, and also into Sweden for a few more well received music dates.

Debbie Dean rereleased some of Eddies songs to overseas dj’s, some who had never heard of Eddie til now, and made sure he got out to the listeners ears, which put him on the European charts ,the Top 40. Eddie has that voice you want to listen to over and over, and the choices of songs have traveled through the years for todays dj’s to enjoy along with the new audiences. Eddie has a new single out called “Lonesome Whistle”, written by his good friend and another singer, Mike Haduck. They also have done a video that can be seen on you tube. Debbie has sent out this release to the European dj’s and has gotten nothing but great reviews. If any dj out there would like to have the song and other songs by Eddie just contact Debbie Dean.