A New Movie About Hank Williams and His Last Ride 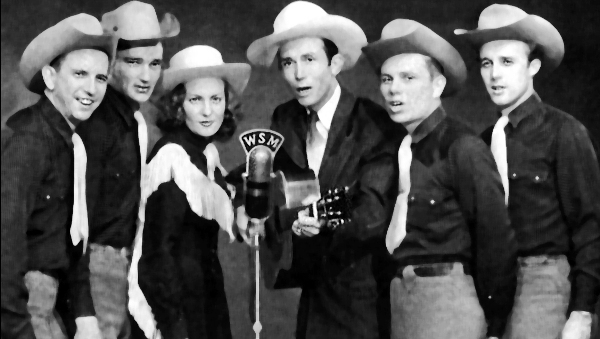 Curb Records To Release Soundtrack to “The Last Ride”,A New Movie About the Life of Hank Williams Music by Jett Williams, Johnny Cash, Michael English, The Isaacs and many more

Nashville, Tenn. (May 25, 2012) – Curb Records is proud to announce the release of the soundtrack to “The Last Ride”, a new independent movie about the life of Hank Williams.

The movie, starring Henry Thomas, Jesse James, Fred Dalton Thompson and Kaley Cuoco, focuses on the period when Williams was getting his life back in order after drugs, alcohol, two failed marriages and a hair-trigger temper had nearly ruined Williams’ legendary career. In late 1952, he had arranged several New Year’s shows in West Virginia and Ohio. Hank Williams never got there. Somewhere on that last highway, the country music legend passed away on New Years Day, in 1953, in the back of his powder blue Cadillac, carrying only his guitar and a notebook full of unfinished songs. He was 29.

Inspired by the mysterious final days of Hank Williams’ life, The Last Ride is the story of that final drive through the bleak Appalachian countryside of 1950’s America.

The movie’s soundtrack plays an integral role in the telling of this story. It contains some of the best-known Hank Williams songs as well as new material written specifically for this project.

Jett Williams had this to say about the film, “In the movie, my dad doesn’t sing a note or strum a chord. This movie captures the essence of a man who, until recently, had become one-dimensional due to the myths, the lies, the fiction and vultures who surrounded him. Sure, it’s fictionalized from a factual point of view, but it is right on from a human emotional point of view.”

The platform release of The Last Ride will commence June 29th in New York and Los Angeles. The theatrical release will be supported by major radio promotion to Country, Americana, NPR and Triple A stations across the country.

In 2013, The Last Ride will be available on DVD and Video On Demand through Twentieth Century Fox Home Entertainment.