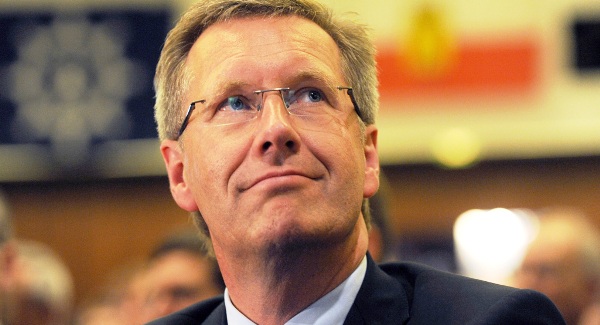 It’s a game about power and money.Germany’s federal president, Christian Wulff, faces impeachment after attacking the chief editor of BILD-Zeitung,Europe’s biggest daily newspaper. Wulff has made personal calls not only to Kai Diekmann, Chief Editor of Bild, but also to Friede Springer, head of the Springer Press imperium and other executives. Wulff declared “war” between the president’s office and Bild-Zeitung in case a report is published on his private loans and money transfers from business friends. While trying to stop the report he left his messages on various answering machines. “A great mistake” – which he admitted during a TV interview later, but did not tell the truth about the activities. Parties in the German parliament are now requesting Wulff’s impeachment in case he refuses to resign. And for the first time inGermany’s history people gathered in front of Schloss Bellevue, his residence, onSaturday, January 7, 2012holding up shoes and shouting “shame on you – go somewhere else”. Holding up or throwing a show is a symbol from Arabian countries to show dislike and condemnation which had also happened to former president George Bush. Angela Merkel,Germany’s chancellor, is keeping quiet about the affair and has no interest in seeing another president leaving the office after former Horst Koehler, a year and a half ago. Her party faces the loss of majority and she will loose her influence to save the Euro currency together with French president Sarkozy. Countdown is expected on Wulff’s days as a federal president ofGermany.

Uncategorized Comments Off on Germany’s Muppet Show: President vs. Media Print this News
Perception.. A Situation To Think About (Newer)
(Older) Bradford Files: You Want An App With That?