Hollywood Is About As Godless As It Gets In America 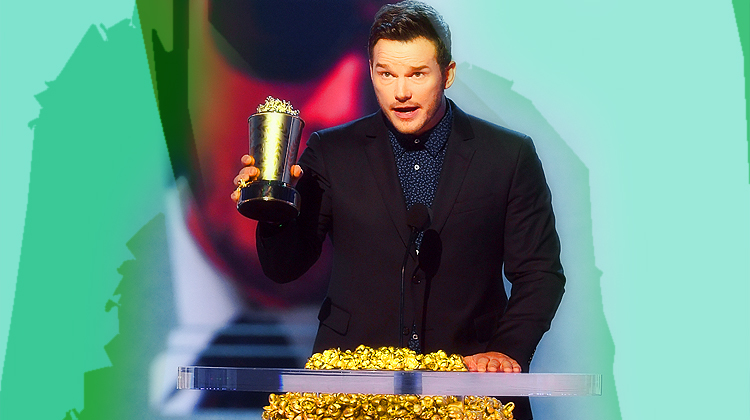 Chris Pratt Stood On Stage And Stunned Hollywood Into Silence

The industry pretends to preach tolerance and equality, meanwhile the emergence of the #MeToo movement proves they’re a bunch of hypocrites. But one A-list actor just defied the atheist norm with this Christian message during a popular awards show.

You’d be about as lucky to find someone who admits to being a Trump supporter as you would a Christian in Hollywood. While they definitely exist, many are too afraid to come forward with their true beliefs without getting blacklisted from the industry.

But Chris Pratt – known for Guardians of the Galaxy I & II and Jurassic World – is one of the rare celebrities unashamed to share his devotion to Jesus Christ. Upon receiving the “Generation Award” at the MTV Movie Awards, Pratt shared nine pieces of advice for the younger generation.

But it was number six that really stunned everyone:“Number six: God is real. God loves you. God wants the best for you. Believe that. I do.” Without getting too heavy, he brilliantly followed his Christian message with some hilarious advice about how to poop at a party without stinking up the place: “Poop-flush-boom. Just trust me, it’s science.” Then he went back to his uplifting message:“Number eight: Learn to pray. It’s easy and it’s so good for your soul.”

What one of the biggest movie stars in the world just did there was some masterful psychology. Pratt wanted to show the youth in the audience that there is nothing shameful about being a Christian and that it’s okay to embrace God’s plan and never be embarrassed about it.

However, he also knew he couldn’t just get up there, accept an award,and give a speech entirely about God without receiving some sort of backlash. So Pratt got his message across by weaving comedy and wisdom beautifully throughout his speech.

It’s nice to see that Christianity isn’t completely dead in Hollywood. Hopefully more Christian movie stars will follow his lead and speak more openly, and compassionately, about their faith. Do you think Chris Pratt sets a good example to get Hollywood back on track?