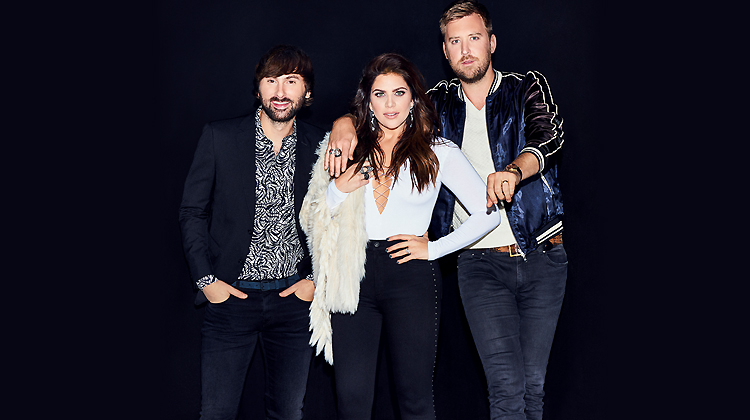 SESAC, the only music rights organization in the U.S., announced today that it will honor seven-time GRAMMY award-winning trio Lady Antebellum with the SESAC Humanitarian Award at its Nashville Music Awards on Sunday, Nov. 5, 2017. The members of Lady Antebellum – Dave Haywood, Charles Kelley and SESAC writer Hillary Scott – will be recognized for their generous contributions and philanthropic efforts through LadyAID®.

LadyAID® is a philanthropic effort founded by Lady A to bring awareness to and generate support for those in need locally, nationally and globally. The multi-level organization is a component fund of The Community Foundation of Middle Tennessee and is funded by ticket sales, donations and fundraising efforts. Most recently, the urgency to continue raising awareness and support for those affected by this fall’s hurricanes prompted a significant donation made from LadyAID® to hurricane relief efforts via MusiCares® and United for Puerto Rico. Fans can continue to take part in the ongoing relief efforts by contributing at LadyAID.org.

“Over the years we have watched Hillary, Charles and Dave accomplish their dreams and receive so many accolades—not only for their creative contributions but also their kind hearts and willingness to simply do the right thing,” said Shannan Hatch, Vice President, Creative Services. “It brings me great pleasure to recognize Lady A’s charitable efforts to create awareness for the plight of children and those in need, here in Nashville and around the globe.”

In addition to receiving the Humanitarian Award, Hillary Scott will be on hand during the awards ceremony to present Kenny Rogers with the SESAC Legacy Award. The annual awards show, which celebrates the successes of SESAC’s songwriters and publishers, will be held at the Country Music Hall of Fame and Museum in downtown Nashville.