Get to Know 2017 Nash Next Finalist Natalie Spiroff 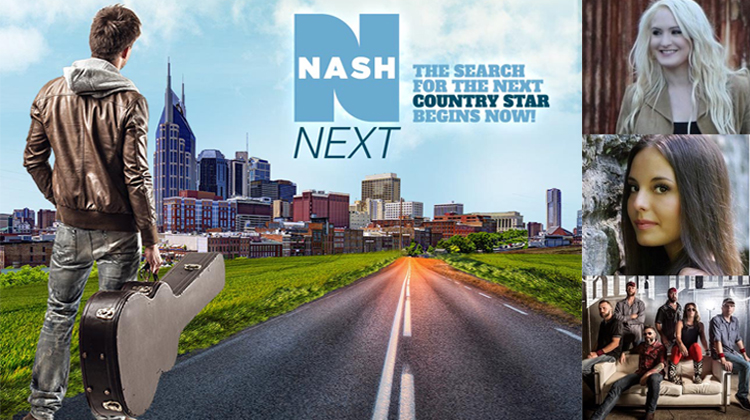 Get to Know 2017 Nash Next Finalist Natalie Spiroff

Nash challenge is down to 10 finalists,  NCD will be profiling Natalie Spiroff Today

Today, we are getting to know Natalie Spiroff: In May, Cumulus Media and Big Machine Label Group invited aspiring country artists and bands to participate in Nash Next 2017, a grassroots talent search and artist development program for country music. Sponsored nationally by Country Inns & Suites by Carlson, the winner of the competition will receive a recording contract with Nash Next Records under the Big Machine Label Group and garner substantial exposure, commensurate with a major-label release, on Cumulus radio stations nationwide.

The 10 finalists were selected by a panel of country radio professionals and will be judged in the finale by a group that includes Brooks & Dunn’s Kix Brooks and Scott Borchetta, president and CEO of Big Machine Label Group. The 10 finalists will perform at the 2017 Nash Next finale event at Nashville’s Wildhorse Saloon on Wednesday, Nov. 1, 2017, from 7 p.m. to 10 p.m. open to the public.

How did you get started in music?

I have been singing ever since I can remember. I was always in school choirs and musicals, and I took any opportunity to showcase my original music. Some of my favorite childhood memories are the times my dad would play his guitar and help me write songs. It really helped that I have two extremely musical parents. My dad performed in many Off-Broadway shows and my mom was Eddy Arnold’s back-up singer.

At what age did you realize you wanted to make music your career?

I have always known it. Okay, there was that one year in sixth grade that I wanted to be an astrophysicist [laughing], but besides that, I’ve always known music was my true passion. Nothing else makes me feel more free.

What three words describe you?

Who are some of your musical influences?

What is unique about your sound?

I think my music is different than anything that’s on the radio right now. The Nash Next regional judges told me my song was unlike anything they’ve heard before and that made me so happy. My music has many different elements of country and pop music within it.

What three albums would you take with you to a deserted island?

What’s a song you wish you had written?

What was the first concert you attended?

What’s the last song you heard that blew you away?

“Hard to Love” by Lee Brice. I perform on Lower Broadway in Nashville and my friend Jay always sings this song. As I sing the lyrics in harmony, it blows me away. The words are so genuine. The songwriters [Billy Montana, John Ozier and Ben Glover] poured their absolute souls into it. That’s what I try to do each time I write.

Where is the coolest place you’ve performed?

Carnegie Hall with my high school a cappella group.

What’s the first thing you do after a show?

Talk to people in the audience. I can put on the best show of my life but nothing beats the human connection. Talking face to face with people who just heard my music is so valuable. I want them to know I do it for them and it makes me so happy when they tell me it really made them feel something.

What’s your favorite song to cover?

I stopped in the middle of a song and shouted to my band that there was a guy standing in the doorway with a bomb strapped to his waist—it was a harmonica belt [laughing].

What was your reaction when you learned you were one of 10 Nash Next 2017 finalists?

Absolute gratitude. I don’t know what I did to deserve blessings like, but I am just so grateful. This is the chance of a lifetime to show the world what I’ve got and show that this is what I was meant to do. Writing and performing is my love and passion and if I get the chance to make this dream a reality, I am going to give it everything I’ve got.

What family member or friend has been the most supportive of your music career?

My momma. She is my absolute number-one fan. She never misses a show, but more importantly, she always encourages me to be my best. Without her, I would not be the musician or performer I am today. I am so thankful for her honesty and constant push—in a good way—to become better each time I put on a show.

Uncategorized Comments Off on Get to Know 2017 Nash Next Finalist Natalie Spiroff Print this News
Jack Blanchard: A Small Story for Halloween (Newer)
(Older) Today’s Inspiration Station With Rhonnie Scheuerman