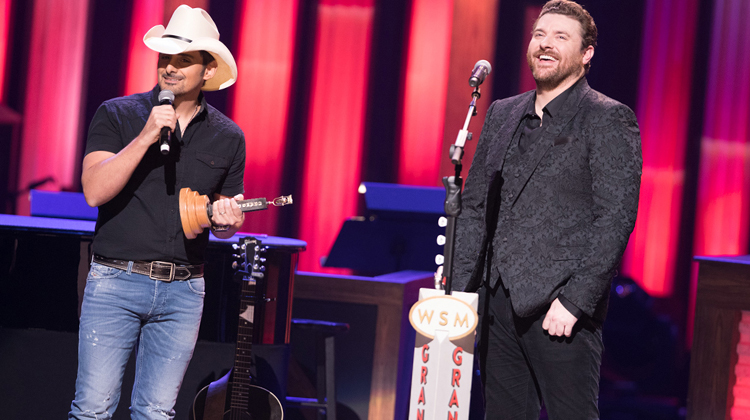 Chris Young fulfilled a bucket-list goal on Oct. 17 as Brad Paisley officially inducted him into the Grand Ole Opry.

After Chris performed two of his four songs, Brad walked onstage and welcomed Chris into the Opry family. “When I was first made a member of this crazy family, I had no idea the actual way this is a family,” Brad said. “I quickly was accepted and asked to be a part of so many things. Chris is one of those people that will make the most of this . . . This is a great human being, and that’s what the Opry needs.” “I don’t know exactly what I’m supposed to say, something not stupid, probably,” said Chris as he held his new award. “The two best words I can think of [are] ‘thank you.’”