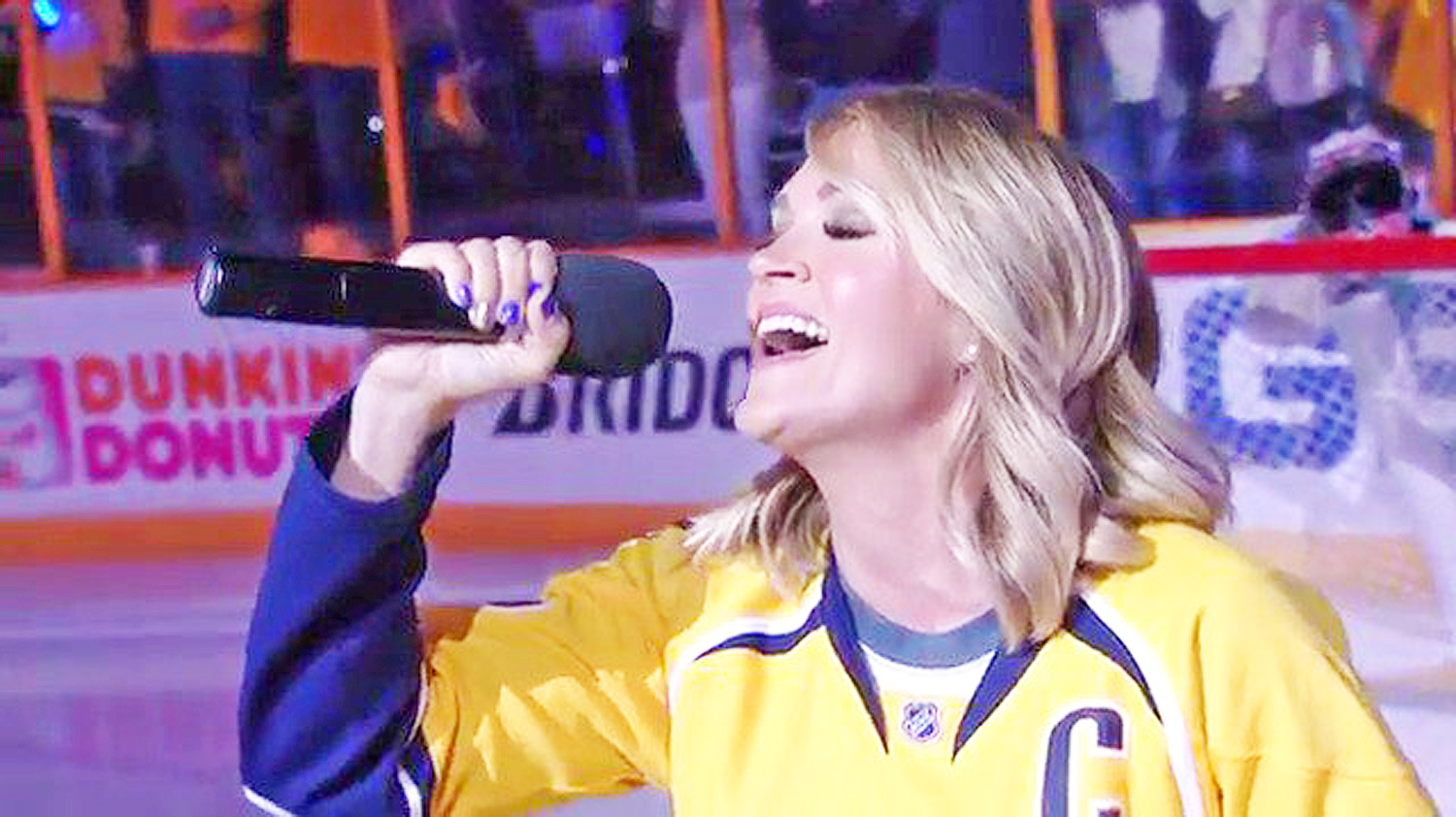 Before the Nashville Predators and Chicago Blackhawks took the ice for Game 3 of their playoff series, Carrie Underwood surprised those in attendance by singing the national anthem.

“Please rise and welcome seven-time Grammy winner and longtime Nashville Predators fan Carrie Underwood, as we honor the United States with the singing of the national anthem,” said the Bridgestone Arena announcer as the crowd voiced its approval.

Carrie was decked out in a No. 12 Predators jersey, the same number her husband, Mike Fisher, wears as captain of the Preds. Carrie also shared a pic and video on Instagram, and she was understandably excited after the Predators won the game in overtime to take a 3–0 lead in the series.

Carrie Underwood is a rabid fan of the Nashville Predators. Well, she kind of HAS to be. Her husband Mike Fisher plays for the team, yet even he didn’t know she would be opening the game up with a performance of the National Anthem. It was a treat for both Mike, as well as the arena full of unsuspecting fans.