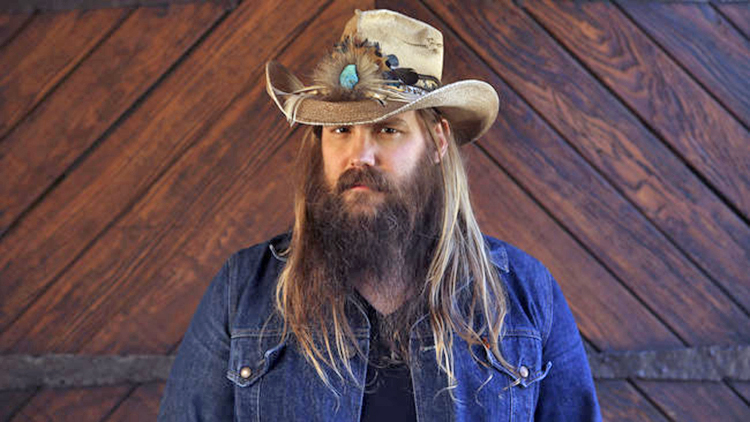 After a breakout 2015 and 2016, Stapleton is preparing to release new music on May 5—exactly two years to the day since the release of Traveller. In advance of the anticipated release, Stapleton and his band will world-premiere new music on this Sunday’s 52nd Annual Academy of Country Music Awards, where he’s up for three awards—Male Vocalist of the Year, Song of the Year (“Tennessee Whiskey”) and Video of the Year (“Fire Away”). The awards show will be broadcast live on CBS from Las Vegas’ T-Mobile Arena this Sunday, April 2 at 8/7c.

The tour will offer two premium VIP packages on tour, including an interactive collection of instruments and memorabilia. For full details, visit www.cidentertainment.com/events/chris-stapleton-tour-2017/.

The extensive 2017 tour follows a series of extraordinary years for Stapleton since the release of his breakthrough double Platinum solo debut album Traveller. Released last May 2015 on Mercury Records Nashville, Traveller initially debuted at No. 2 on the Billboard Country Albums chart with more than 27,000 albums sold, making it one of the best-selling first weeks by a debut country artist in 2015.

Following a historic turn on the 49th Annual CMA Awards—where Stapleton became the first artist to win Album of the Year, Male Vocalist of the Year and New Artist of the Year at the same awards – Traveller became the first album to re-enter the Billboard 200 all-genre album chart at No. 1, where is stayed for two straight weeks. The critically acclaimed album went on to win multiple Grammy and ACM Awards and was the #1 selling Country album of 2016 and the fourth-highest selling album of 2016 across all genres.

Country News Comments Off on New Dates to ‘Stapleton’s All-American Road Show Print this News
It’s Been Really Weird To Be A Woman Lately (Newer)
(Older) Country Top40 Airs on Nashvilles NBRN.FM 11am